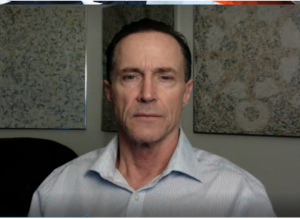 Climate engineering researcher Dane Wigington says the big snow storm that hit Texas and much of the south is nothing short of weather warfare.  Look at the snow that won’t burn in video after video.  It’s synthetic, but the mainstream media (MSM) is telling you this is a “hoax”.  This is anything but normal.  Wigington says, “The bottom line in regard to the flash freeze that Texas was just hit with, we can debate the agenda behind these operations, but the fact that this was not an act of nature is beyond scientific question. . . .Those neck deep in the weather modification program are dictating what the scheduled weather will be.  Because of the illegal federal gag order on the National Weather Service and NOAA, our nation’s weather people are actually reading scripts given to them by the geo-engineers themselves.  We announced on February 6, almost two weeks before this event happened, that this was coming.  So, there is no question this was a massive act of weather warfare.  This is only a mere extreme example of what’s been occurring all over the globe for decades.  It’s getting worse all the time because the unfolding climate collapse is getting worse all the time.  It’s being further fueled by climate engineering.  Expect such events to continue and worsen rapidly.”

Snow that doesn’t melt?  What a great story, and, yet, we hear nothing in the news except it’s “fake” or a “hoax”.  Weather people must be getting lots of videos showing the Texas snow that won’t melt.  Why the silence?  Why is the (MSM) calling this a “hoax”?  Don’t believe your lying eyes says the MSM!!  Wigington says, “All these weather agencies and (MSM) sources’ main job is to cover the tracks of the geoengineering (artificial modification of the Earth’s climate).  Can you imagine if people all over the globe woke up to the fact that their weather has been completely hijacked and derailed?  Then every single weather cataclysm becomes suspect as a result of these operations.  This is toxic.  We are breathing in these particles of heavy metals, polymers and surfactants.  This hurts our immune system and makes us more susceptible to pathogens like CV19.  Can you imagine if populations were awakened to the fact that they were doing this to them without their knowledge or consent?  They are subjecting them to an experiment for which there is no return.  GeoengineeringWatch.org is not a political organization.  We are only trying to awaken people to the fact that we are under a very real and immediate assault. . . .The Texas Gulf Coast was recording temperatures that were 30 degrees colder than what was being recorded at the North Pole, and we are not being told that.”

Just when you thought it could not get worse, it does.  Did geoengineering (commonly referred to as chemtrails) play a role in the CV19 so-called “Plandemic”?  Wigington says yes, and he says, “Just look at the facts.”  Wigington explains, “When you look at this statistically, you had 85 countries infected over the course of three days.  That does not fit into any known model for a pathogen to spread that rapidly.  There were different strains showing up in different regions. . . .The notion that this just spread by itself to that degree does not match any statistical possibility.”

Wigington backs up what he says with data, video and pictures of extreme weather caused by geoengineering.  Wigington cites just one of thousands of examples on his site and says, “At GeoEngineeringWatch.org, you can search the ‘engineering winter’ section and look at the images we have.  For example:  75 pound ice balls that are perfectly spherical ice balls on the shores of Lake Michigan, Baltic Sea and Arctic Sea in waters that are far too warm to support ice.  In Lake Michigan, we had 40 pound ice balls in water that was 40 degrees.  How can that possibly happen?  We have pictures of Boston Harbor slushed over with ice where the sea water was 40 degrees as well.  Sea water does not freeze until 28.4 degrees.  How can this happen on this water body?  It’s because of chemically nucleated dispersions.  We are simply asking people to look at the data.  Look at the patents. . . . One of their primary goals is to mask the severity of the environmental collapse from the population until the last possible minute to keep the population from panicking.  They are so desperate to do this. . . .”

To see the trailer for the upcoming free film called “The Dimming” click here.

For an overview of what geoengineering is and what it is doing to world weather, watch “Hacking the Planet: The Climate Engineering Reality.”