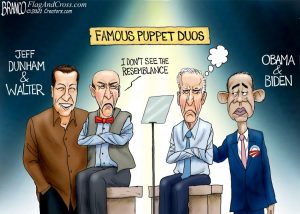 Vice President Biden’s Administration is using the so-called “Delta variant” of CV19 to get even more people to get jabbed with the experimental gene therapy that they are calling a vaccine.  No talk of half of Americans already having natural immunity.  This is according to Johns Hopkins MD Marty Makary.  Why the push for more vaccines when 160 million or so Americans already have natural immunity?  Why force or scare people to get an experimental vaccine when there are so many reports of death and injury from them?  This is not about medicine folks!

I have always said the death and adverse reaction numbers to the CV19 vaccines have to be extremely inaccurately low.  The CDC, NIH and Dr. Fauci have lied about everything.  According to a report done by Harvard Health Care back in 2011, the reporting for Vaccine Adverse Event Reporting System (VAERS) is notoriously low.  The report says less than 1% of adverse vaccine reactions are reported.  So, does this mean the 6,000 people that VAERS says died as a result of the CV19 vaccine is really more like 600,0000 deaths??  The numbers are way off, and this Harvard study backs that idea up.

This past week, the Fed spent nearly $1 trillion in one night in the reverse repo market.  The Fed does not want rates to fall below zero, and on the other end, it is spending $120 billion a month (at least) not allowing rates to rise too much in the repo market.  Got that?  Just know something is very wrong at the Fed when they have to spend $1 trillion in a single night.  There is no fix that is going to happen.  They are just going to keep it going until it blows sky high.  Cut back on risk is my best advice.

Join Greg Hunter of USAWatchdog.com as he talks about these stories and more in the Weekly News Wrap-Up 7.2.21.

Catherine Austin Fitts, creator of Solari.com, will be the guest for the Saturday Night Post.  She will talk about what’s happening in the markets, Covid vaccines and how to stop your school or employer from forcing or coercing a jab on you.