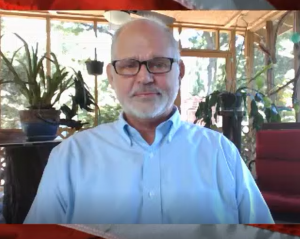 Former CIA Officer and counter-terrorism expert Kevin Shipp says America is facing big internal and external foes. One of the biggest external enemies is China, who has taken a huge economic hit over the virus it released globally. Shipp contends, “Trump is finally confronting them (China) with tariffs, so they are hurting there. They are heading for a recession. Huawei is no longer going to be in the United States. That’s a loss of huge revenue. So, my concern is this: China is going to have to escalate to defend itself. In history, we have seen a lot of wars that have been started during an economic crisis where two nations are fighting and there is some sort of economic devastation. That’s where China is right now. I think what is going to happen is China is going to escalate, and we are already seeing that in the South China Sea. They sunk a South Vietnamese fishing boat, and they are rattling their sabers about their own ships in the South China Sea. . . .China is going to escalate using proxies, and then they are going to start saber rattling militarily against the United States. This is NOT good. . . .They are going to have to escalate not just to save their economy, but to also to try to save their position in the world.”

Shipp, who wrote a popular book called “From the Company of Shadows,” is an expert on the shadow government and the Deep State. Shipp says that is the other huge internal enemy of America. The Deep State failed at a coup to remove President Trump from office. Now, the tables have turned, and Shipp thinks Attorney General Bill Barr and his prosecutor John Durham are pursuing a conspiracy case against the coup plotters in the FBI, DOJ and the CIA. This type of case takes time and why nobody has been charged yet. Shipp explains, “I taught conspiracy law at the university level. I don’t think they will be able to get these people individually. You know, the devil made me do it. I was following orders from Barack Hussein Obama, and there is no intent here. I just went with orders I was given and blah, blah, blah. Where it sounds like Durham is going is conspiracy law. If you’ve got one person coordinating with another person, coordinating with another person, coordinating with another person, aka, John Brennan, James Comey and others, and you have them conspiring to spy on the President and the presidential candidate, then you have one or more persons conspiring to violate federal law. Then you have a conspiracy. What a conspiracy charge does is net everybody involved into a felony charge including people that are on the periphery. I think that’s where Durham is going, and that’s where he has a case.”

Does Shipp think the virus debacle that crippled the U.S. economy will hurt Trump’s chances for a second term? Democrats don’t have much of a message or much of a presidential candidate in Biden. So, the hapless Dems will have to cheat, and even that probably is not going to be enough to deny Trump a second term. Shipp says, “Vote by mail is cheat by mail. We know how easy it is to fake a mail-in ballot, especially absentee ballots. Those have been abused in previous elections. . . . That is the easiest way to do voter fraud that there is. . . . The Democrats are terrified. . . . They are terrified that Trump is going to win because it’s pretty obvious he will. . . . They will stop at nothing to try to overturn Trump and retain their power. . . . If Trump gets elected a second time, the investigations will begin, and this will go all the way up to the Ukraine, the activities of the Democrat Party, Barak Obama, Hillary Clinton, their lawyers and their corrupt connections to the Soros organization in Ukraine. That, among other things, will all come out.”