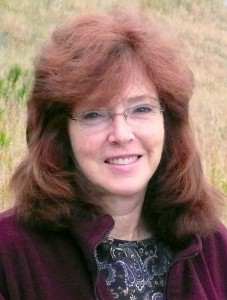 Public banking expert and attorney Ellen Brown says, “Your life savings could be wiped out in a derivatives collapse.” Brown explains, “Nobody anticipated what happened in 2008, and that was a $700 billion bailout. Even if the FDIC tapped its Treasury line, that’s only $500 billion. So, certainly things could go wrong. Also, why are they rushing to put these things into place? They’re expecting something.” Brown goes on to point out, “They think they have avoided too-big-to-fail, but what they have actually done is formalize too-big-to-fail. I mean it’s the end of capitalism. There is no such thing as too-big-to-fail in a capitalistic society where you say certain corporations can’t fail. If you have to take the people’s money to prop them up, it’s no longer capitalism.”

Brown says, “Instead of treating banks like they are too-big-to-fail, treat them like public utilities. I am head of the Public Banking Institute, and what we want to do is publicly own banks. In every country, something like an average of 50% of the economy is publicly owned and 50% is privately owned. For us, the big 50% is like the military. The military is our biggest socialist engine. It seems to me we’d be better off with publicly owned banks, which is just acknowledging that money is a public utility. It’s our money and ‘We the People’ back it, and clearly we back it. We are making these banks too-big-to-fail, and we are backing these banks. They are sucking the profits out like a parasite from the economy. The profit should go back to the people. The credit should go into manufacturing jobs. Manufacturing is disappearing because the banks make more money on derivatives than by making loans to small and medium size businesses, which is where manufacturing comes from and where jobs come from.”

Brown warns that people are more at risk in the U.S. to lose their savings because the five biggest banks have nearly $250 trillion in derivatives. In a financial calamity that could cause mass bankruptcies, recent legislation says the derivative holders will be paid first. Brown explains, “The have super priority over everything. . . . All the creditors’ money will be taken in a bail-in. A bail-in is the opposite of a bankruptcy. In a bankruptcy, the bank is liquidated in order to pay off the creditors. In a bail-in, the creditors’ money is taken in order to keep the bank alive. So, we get to die while the bank lives instead of the reverse. They specifically say ‘creditors’ which means shareholders and bond holders, but what most people don’t realize is depositors are also considered creditors. When you put your money in a bank, it becomes the property of the bank, and all you have is an IOU.”

Join Greg Hunter as he goes One-on-One with Ellen Brown of EllenBrown.com.

Ellen Brown’s website is also known as the Web of Debt Blog. Brown writes articles there on a regular basis, and it is free to the public. Brown has also written a dozen books. Her latest is titled “The Public Bank Solution.” To buy any of Browns books, click here and scroll down to where it says “A complete list of books by Ellen Brown.”