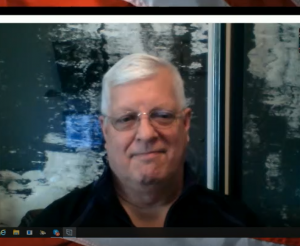 Macroeconomic analyst Rob Kirby has long predicted Fed money printing would have to go “on a vertical curve where money has to be added to the system . . . to keep the system from crapping out and imploding.” With the official federal debt at more than $25 trillion and the Fed balance sheet doubling since September, that day has clearly arrived. Add to that total the rarely talked about so-called “missing money” that stands at $21 trillion and money printing is off the charts. Kirby explains, “The $21 trillion and the $10 trillion in 2019 is the part of the money creation we don’t get to see. There is no transparency on that at all. What we do get to see, though, is the Fed in the last three months reversed their quantitative tightening and are now expanding their balance sheet, once again. Their balance sheet has grown from $3.7 trillion, at the beginning of the year, to more than $7 trillion right now, and it’s projected to get as high as $10 trillion to $11 trillion by the end of the year. So, we have money creation happening in spades . . . and the game to hide the rampant monetary debasement has no end. It’s Keynesian quackery with money.”

With all this money creation, why isn’t gold, silver and Bitcoin much higher in price? Kirby says, “They want to stunt the natural anti-dollar trades, whether it’s the precious metals, gold & silver or crypto marketplace best expressed by Bitcoin in this day and age. Basically, all these things are viewed by the monetary officials as Kryptonite to the dollar, and they all represent anti-dollar trades.”

Kirby says the interventions and manipulations are losing their price suppressing effect. Kirby points out, “An attack on gold where the price would be dropped dramatically it would take the gold market weeks, if not months, for the market to recompose itself and move higher again. Now, we see the markets recompose itself and move higher in a matter of minutes. We see the same thing in the crypto space, and we see the same thing with silver. The attacks are vicious, and the recovery time is becoming shorter and shorter. . . . The Federal Reserve acts on the Treasury’s behalf clandestinely . . . to make the dollar look pretty when it’s being desecrated by the people who are sworn to uphold its value.”

Kirby says dollar debasement is all part of the globalist plan to destroy America because it stands in the way of the Marxist/communist inspired New World Order. This is what the rioters tearing America’s cities apart are doing in the name of race, but it is in fact being done by the newly designated terror group Antifa, which is supported by the Democrat party. Kirby closes by saying, “Globalism is the true enemy of humanity and it’s the true enemy of America, and America needs to wake up to this and get their heads around it very quickly. . . . This is all going to end when the dollar is no longer accepted in trade by the rest of the world. . . . They will say you have created too many dollars, and we want payment in something other than dollars because we don’t know what a dollar is really worth. Will these clowns that destroyed the dollar take that as an act of war? I suspect they will.”

To help Kirby continue his work, you can donate via PayPal and that tab is located on the upper left hand side of the home page.

To donate by snail mail:

Please keep in mind, Rob Kirby almost died last year from what he calls a “Covid like virus.” It knocked him out of commission for many months.