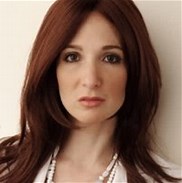 Best-selling author and journalist Nomi Prins says the next financial crisis will be much worse than 2008. Prins contends, “If you look at the beginning of 2016 . . . it’s indicative of the rest of the year. We are seeing declines everywhere, and they are significant declines. The stock market won’t be a correction, but indicative of more downward spiraling to come.”

So, will the coming financial crisis be worse than the 2008 meltdown? Prins explains, “Yes, it is worse because it is global. What happened in the subprime crisis, and I talked about this in an earlier book, “It Takes a Pillage,” the subprime crisis was primarily constructed by U.S. banks, and then, those toxic assets and bonds distributed throughout the world. For the most, part they were on a small amount of loans in the United States that were leveraged a lot. . . . Now, they have distributed that cheap money with loans on a global basis. That’s why oil contracting and the knock on effect with defaults with oil companies throughout the world has a far greater impact. It’s not just on bank balance sheets, but companies and how many jobs they will have to cut and how many factories they will have to close throughout the world. It relates to a greater economic depression than the leverage of subprime loans did, but it also relates to the very same banks.”

Prins, who was also a top Wall Street banker earlier in her career, goes on to say, “It has started to be 2008 on steroids if you just look at the first two weeks of 2016. If you look at the number of defaults that have come in. If you look at the decrease in the stock market. We won’t see it yet, but when you look at losses with banks throughout the world when they report what’s happening in this current quarter. I do not know if this is 2008 on steroids, but it is 2008 on a global basis. It has the ability to take down more countries more quickly than the subprime crisis did. . . .The world is fragile, and it is a global fragility.”

Prins doesn’t think a global depression is coming but is already here in parts of the world. Prins contends, “I think we are in a global depression in many countries. . . . If you look at Brazil, it is actually in depression, and that’s a big country. . . . That is the largest country in South America and it is in a depression.”

Don’t think the U.S. is immune from trouble. The U.S. is at the center of the black financial hole. So, will the U.S. eventually implode with the rest of the world? Prins says, “Yes, because the U.S. is a trading partner with these countries. We buy and sell products . . . and also, we have an extremely large financial system with tentacles throughout the world.”

When it comes to protecting yourself from calamity, Prins says, “Build a stockpile of cash . . . and look at investing in gold as a percentage of disposable investment income.”

Join Greg Hunter as he goes One-on-One with best-selling author of “All The Presidents’ Bankers.”

(There is much more in the video interview

Nomi Prins’ latest article where she gives her predictions for 2016 is on the home page of NomiPrins.com. You can also find her latest best-selling book “All the Presidents’ Bankers” on her home page as well.