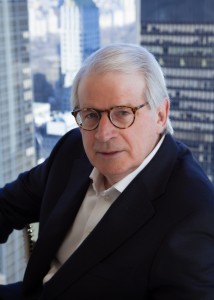 Former Reagan White House Budget Director David Stockman says retail investors are going to take, yet, another very big hit. Stockman explains, “The retail investor waded in again. The sheep lined up and, unfortunately, are heading for the slaughter one more time. I think it is very hard to see how this Baby Boom generation, with 10,000 of them retiring a day, can afford one more devastating crash in their stock holdings. That is, unfortunately, what we are heading for. That’s why I say it’s dangerous. When the bubble breaks, it will spill and flow throughout the Main Street economy.”

Stockman warns the next crash will be bigger than any other in history. Stockman, the best-selling author of “The Great Deformation,” says, “I think we have been building a bubble year by year since the early 1990’s. The earlier crashes that we are so familiar with, Dot Com and the Housing Crash, were only interim corrections that were not allowed to work their way clear. The rot was not effectively purged from the system because central banks jumped back in within months of the corrections and doubled down in terms of the stimulus and liquidity that they pumped into the market.”

Stockman contends that “you simply cannot fake your way in this market any longer.” Stockman explains, “I have pointed out that Wall Street continually tells you that the market is not that overvalued. . . . I have pointed out . . . actual earning are down 15%. The market is expensive, it is exceedingly expensive, and it’s really . . . 21 times earnings. Therefore, the whole bubble vision on valuations of the market is terribly misleading. Even the Wall Street version of earnings is going to be hard to maintain when the global recession sets in, and then investors are going to suddenly discover that the market is drastically overvalued. They are going to want to get out, and they are all going to want to get out all at the same time. That creates the kind of selling panics that can take the market down. We have kind of been in no man’s land for the last 700 days. The market is struggling to stay above 1870 on the S&P 500. It first crossed that level in late March 2014. It has had 35 efforts to rally and break to new highs. None of them have been sustained. My point about all that is that’s the way bull markets die.”

Stockman contends, “We are nearing the end. I think the world economy is plunging into an unprecedented deflation recession period of shrinkage that will bring down all the markets around the world that have been vastly overvalued as a result of this massive money printing and liquidity flow into Wall Street and other financial markets.”

On gold, Stockman says, “I think it’s more of an insurance policy and an option on the ultimate failure of today’s form of central banking. When, finally, the Keynesians, who are running all the central banks, when they are totally repudiated, I think gold will soar in value.”

Join Greg Hunter as he goes One-on-One with financial expert and best-selling author of “The Great Deformation,” David Stockman. 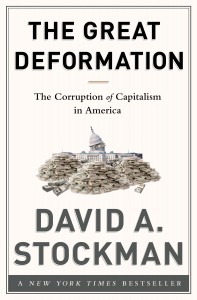 You can follow David Stockman on his website DavidStockmansContraCorner.com. You can find his posts and other free information and analysis there. If you want an autographed copy of David Stockman’s book “The Great Deformation” click here.