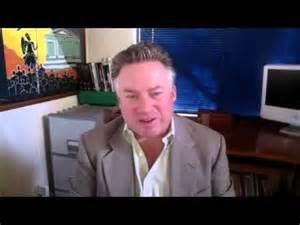 According to precious metals and financial expert Bix Weir, what’s going on in Washington now is simply a struggle for control between good and evil. Weir explains, “The left is going nuts.  They say they are not violent, but they are causing all these riots and protests everywhere.  I am convinced that this takedown of the bad guys is going to get a lot uglier.  It will get uglier because the left leaning Obama people have been given so many rights that are not in the Constitution and are not anywhere in a capitalistic society.  It’s more towards socialism, and when you try to take away the rights given to socialists, they get armed.  They go into the streets.”

Weir says Trump is attacking illegal immigration and voter fraud that are the basis of Democrat power. Weir contends, “Basically, the immigration issue and voting issue is all an attack on free will, and it’s a move towards socialism.  They know if they open the borders, they know they are going to get a lot of people coming in who will vote Democrat and vote for the free things they get from society.  Ron Paul has some great ideas about how to stop this, and it’s stop giving away the free stuff.”

Weir says all the political and civil unrest are symptoms of an economic system on the edge of a giant reset. Weir says when the economic reset comes, it will come from trillions of dollars in unbacked derivatives.  Weir contends, “It will destroy all the banks . . . all the banks go when the derivative implosion happens.  That has always been sort of the home built nuclear bomb in the financial system—the derivative market.  Hundreds of trillions of derivatives that are so dependent on third parties staying in business. . . . Once one large derivative holder goes, they all go.”

Weir thinks Trump knows a crash is coming and is getting ready. Weir says, “Trump has the keys to ending this market rigging game.  Once you end the market rigging game, then you can’t support the stock market, and everything has to go to its true fair market value with real trades and no more derivatives.  Trump can do it, but it’s not just Trump.  It’s also the people behind Trump.  I call them the good guys.  It’s people in the Pentagon, people in the military and patriots.  All this goes back to what does Trump want to do.  Do they want to fix things with the bubbles still there and with the Fed still printing money?  Or, does he really want to fix it?  Which means you crash the system first, and then you rebuild.  I think it’s the latter.  I think he’s trying to get people in place, and he will crash the system and then rebuild.”

So, what would Weir sell, and what would he be buying? Weir says, “On the sell side, I’d sell anything that has a third party between you and your asset.  That could be stocks and bonds.  On the buy side, I’d buy Bitcoin with both feet . . . buy a lot of silver, as much silver as you can . . . and buy gold, as well.

Join Greg Hunter as he goes One-on-One with Bix Weir of RoadtoRoota.com.

Weir also says that “Trump knows the system is a scam. He knows a crash has to happen to fix the system.” Bix also told me that “half of Congress owns Bitcoin because they know where it’s going.”

Weir has free information on his home page. Weir calls it “RoadtoRoota Public Road.”  Weir also has a subscription service, click here to subscribe.  Weir has a new report that gives a time line for prices of silver, gold and bitcoin in our volatile world.  It’s called “Roota’s Timeline 2017.”  It is free to subscribers, or it can be bought for a one-time fee by clicking here.