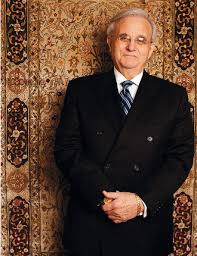 (Programming note:  I am releasing this now (Saturday 12/3/16) because I think it is the most important interview of the year on USAWatchdog.com.)

Legendary gold and market expert Jim Sinclair says, “Markets do not exist anymore . . . and you can’t time what does not exist.” Sinclair contends a huge transition is underway, and the old system cannot be fixed. A new one is on the way, and the old one is going to end with a bang.  Sinclair explains, “Right now, they’re eating each other, and the eventuality is, getting back to the steam pot, there is going to be a day when there is only going to be one shark left, one very fat shark left, and what happens next?  That shark starves to death because it ate all the food.  So, the end of this is the explosion of that steam cooker which is called capitalism.”

Sinclair goes on to point out, “The over-the-counter derivatives have grown massively beyond world money availability. This has no precedent.  We have killed capitalism.  Thanks to the high tech guys, they have shot the goose with the golden egg.  In the markets, if you go in and look at the New York Stock Exchange when I was down there, you’d have thousands of people there.  Now, you’ve got 35 maybe.  The market is killed, and there is no market in anything–including gold or silver except as it’s utilized to try to put some sense and rescue back into the whole system because there is no other alternative.  This is what Trump has inherited. . . . If rates (on the 10-year Treasury bond) break 3%, it’s going to turn the algorithms away from everything else and on to one thing, the largest market in the world—interest rates.  You are going to see the fastest moving interest rates just like when Trump was elected.  That’s what the interest rate market is going to look like.  That’s going to have an impact on every single derivative out there because every derivative out there has an interest rate criteria.  So, you have a pressure cooker bomb cooking like the terrorists use.  It’s cooking, and it makes gold a storehouse of value and not a currency.   It’s just a storehouse of value.  It turns it into a savings account.  The only one that will work.  The only one without a counter-party.  The only one that doesn’t need a market that can trade in physical (metal) and huge size physical.  China and Russia are not buying gold as some sort of investment.  They are buying it as a policy because they see clearly that is no tool left in anybody’s toolbox to fix what the geeks have done.  They have killed us, and they have killed themselves.  There is one fat shark out there that is now about to experience starvation.”

Join Greg Hunter for one of the most compelling and enlightening interviews of the year with renowned market and gold expert Jim Sinclair of JSMineset.com.

Sinclair went on to say, “The financial system is going to blow no matter what. We’re headed into a new system.  I don’t know what it is, but I am happy I am 75 years old.”

There is free analysis and information on JSMineset.com. Bill Holter is Mr. Sinclair’s business partner and also contributes original content and analysis.  You can also buy a subscription to get exclusive analysis and content from both Sinclair and Holter on a regular basis.  Click here to subscribe.