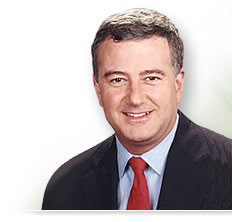 Robert Wiedemer, best-selling author of “The Aftershock Investor,” says the so-called recovery is “100 percent fake.”  Wiedemer explains, “If you look at the amount our economy has grown last year, our GDP grew 2% or $350 billion, but we borrowed over $700 billion.  That tells you right there that we are borrowing more than we are even growing.  Our entire growth is due to government borrowing . . . it’s a fake recovery.”  Wiedemer, who has totally rewritten and updated his book, goes on to say, “It would be great if we would adjust our economic figures for stimulus.  What would the figures really look like if you took the fake money and borrowed money away?”  It is supported heavily by printed money of over a trillion dollars last year.  We’re not talking about what’s driving the recovery we are getting, and it’s powered by massive money printing and massive money borrowing.  Yes, we are getting some recovery, but it is not driven by something that is sustainable.”

On the bond market, Wiedemer contends, “The only way you can keep interest rates low is to print money, and you are printing money to buy bonds.  Ultimately, that’s not going to work.  If printing money could do all the things they say it can do without creating inflation then . . . why don’t we get rid of taxes?  We could print the money instead.  The money we are printing, ultimately, will create inflation.”  Overall, the bond market has turned and turned for good, and you are going to have inflation.  That’s really going to be a problem for the bond market.”

On the stock market, Wiedemer says, “Fundamentally, stocks should reflect earnings, and last year, stocks were up 30% and earnings were up about 3%.  So, we’re way out of line with corporate reality, and we’re way out of line with economic reality.”  What’s happening is the feeling of the Fed’s got my back, printing a lot of money.  Some of that money has to go into the stock market. . . . So, there’s been this feeling the Fed can boost us up . . . yes, the Fed can boost us up, but it is not the basis for long term economic recovery or a long term stock market recovery.  As I say in my book, it’s the basis for a long term huge, huge explosion.”

On the Federal Reserve, Wiedemer says, “You are actually getting negative growth.  The Fed knows this.  They just don’t talk about it because their job is to be a cheerleader.  They want to try to make everybody feel good and that their policies are working.  If those policies don’t work, what’s the Fed going to do?  What are we going to do?  It’s a bigger issue, but bottom line here is I think the banks are safe in the sense the Fed can bail them out, but there will come a point when the Fed can’t and won’t, and that’s when you got a bigger problem.”

For anyone who thinks we’ve seen the worst of the bad economy—think again.  Wiedemer predicts, “The big one is coming . . . we’re just pumping up the bubbles, and all that’s going to do is make them a lot worse when they pop. . . . You are just putting more gun powder under the house . . . that’s a big mistake long term.”  (There is much more in the video interview.)

Join Greg Hunter as he goes One-on-One with Robert Wiedemer, author of “The Aftershock Investor.”

After the Interview:  When asked about the war and what it would do for the economy, Wiedemer said, “War is not good for the economy, especially when you are re-inflating bubbles.”  There will be a final update to “The Aftershock Investor” in March; and then in 2015, a new book with the working title “The Big One.”  It’s about the coming global financial market meltdown.