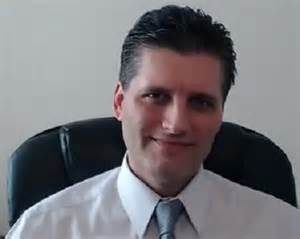 Trader/analyst Gregory Mannarino says don’t be fooled by the recent surge in the markets. Mannarino explains, “I think the Federal Reserve is legitimately becoming fearful of what they have done. There is no recovery here whatsoever. All you have to do is look at two metrics and two metrics only. The Labor Force Participation Rate remains near record lows. The money velocity, that’s the rate the money is moving through our economy, is remaining at record lows. Without these two metrics moving higher, you cannot have a recovery. What we have here is a debt bubble, and everything is being inflated right now on the back of that debt bubble. I think some people at the Federal Reserve are trying to warn people that the environment we are in is very dangerous. We’re hearing the biggest guns on Wall Street, all of them, and not one of them is not trying to say something is very wrong here. We keep hearing about a debt market super nova, that the bond market is in a bubble, which is inflating a stock market bubble. . . . There’s never been anything like this. This is uncharted territory. The Federal Reserve never had a plan to get out. . . . Now, their new scheme is they want the economy to ‘run hot.’ . . . Janet Yellen (Fed Head) said ‘the only way to prevent this economic horror show from becoming a permanent scar is to allow the economy to run hot. Meaning, to let inflation creep in while continuing to suppress interest rates. In other words, make all of us pay more for everything. They are so desperate.”

Mannarino goes on to say, “It took 225 years to build up half of our national debt. We have doubled that in eight years just to maintain where we are. Now, to maintain where we are, we’d have to double the debt again. So, now we are talking $40 trillion in the next four years. It can’t happen. That’s why the debt market is in a super nova just waiting to go off.”

Mannarino warns, “They have no choice. They have to inflate, and inflate and inflate. That’s the only thing they can do until this implodes, which it will. There we go, there’s the new system. When this thing implodes on itself, and it’s going to, the middle-class gone, investments wiped out, jobs gone, the economy will be worse than the great depression. The government will offer a solution, and part of it is the ‘universal basic income’–socialism. They already took over the health care. That was the first step. Once they controlled health care, you knew what the next few steps were going to be. They want a government that will rule the people, not the people that will control the government.”

On the upcoming Presidential election, Mannarino says, “Wall Street wants the status quo, and Hillary Clinton belongs to Wall Street. They want her because she will keep everything going the way things are now. . . . I hope people are going to go out and vote for Trump because Hillary is going to destroy us all. I am certain of this. Wall Street wants her. The political elite want her, and there is a reason for that. Her interests are not for you, her interest is for them. We are seeing the systematic extermination of the middle-class right before our eyes, and this is going to accelerate.”

Mannarino goes on to say watch the 10-year Treasury bonds. He says if it breaks 1.80% and goes past 1.83%, that move might trigger a bond market panic, and that, in turn, could spark a stock market sell-off.

There are free trades, information and Gregory Mannarino videos on TradersChoice.net.