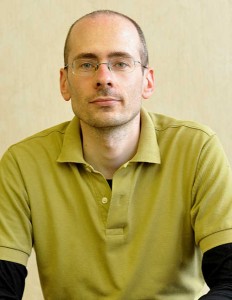 Journalist James Corbett thinks much of the world’s problems can be traced back to the Federal Reserve, and he recently produced a free online documentary to back up his charge. Corbett says, “The central banking issue and who controls the money supply is really at the root of so many of the problems we see taking place right now; it’s not only economically, but geopolitically. The United States’ ability to wage war around the globe is predicated on the ability to continue issuing debt in order to create more money in the economy. . . . By any measure you want to use . . . the Federal Reserve, it is a stunning failure because it fails to live up to all the reasons it was created for including insuring the stability of the money supply and the stability of the purchasing power of the dollar which has declined a staggering 97% since the creation of the Fed 100 years ago. . . . That failure keeps snowballing on itself. So, the problems keep getting bigger and bigger and bigger. . . . It is a system designed for and by the private banking cartel, and it serves their interests very well to the detriment of everybody else in the country.”

On the issue of another financial calamity, Corbett contends, “I think the calamity from 2008 really hasn’t been solved, it’s only been postponed. It’s been kicked down the road by this incredible infusion of money into the economy via “quantitative easing” that the Fed has been taking part in over the last several years with $4 trillion on their books. It is an insane system that has only served to blow up another bubble, this time in the equity markets and, of course, the bond bubble. Once that begins to unwind, there is no mechanism for solving with the big stick of the monetary policy that the Federal Reserve wields. When interest rates start getting out of control, that spells the end of the gravy train and the beginning of the hyperinflationary spiral. Once that kicks in, we are going to see precipitous declines in the overinflated stock market. A lot of people who have been making nominal notional paper wealth over the last few years are going to find out what that paper amounts to, which is pretty much nothing. They are paper promises.”

On war, Corbett, who lives in western Japan, says, “The military expenditures in the Asia Pacific region have been expanding precipitously in recent years and have gone off the charts in the last couple of years. Japan has expanded its defense force, and China has also expanded its military budget to counter that. We are seeing this tit for tat in the region, and it seems we are seeing an ever increasing cycle of military expenditures that just keep going up and up. It’s all to combat the Chinese boogeyman in the region. It is a very worrying situation, and if there is any bright spot, it is that I think no one, at this point, desires outright military confrontation.”

Beyond Japan, it looks like we are headed towards global war. Corbett says, “I completely concur with that statement. It is only a matter of what shape and what form that war will take place. We are seeing the battle lines being drawn. . . . I think this is very much going to be an economic conflict, or at least one that is fundamentally centered on economics. . . . They are constructing an alternative system, and we are truly moving out of the unipolar world, U.S. hegemony towards a multi-polar world. There is no doubt that is taking place right now, and there is no doubt that can’t happen without some conflict happening. That conflict is on the way.”

On the ongoing enormous problems with the nuclear meltdown for Fukushima, Corbett says, “There are three to four hundred tons of radioactive water spilling out every day from the Fukushima plant. . . . There are some surprising results of where most of this radioactive water is going. Although most of the models say the main thrust of that plume was headed for the west coast of North America, they are finding now a lot of this radiation is going very deep under water, and as much as 60% of this radiation is headed southward.” Join Greg Hunter as he goes One-on-One with James Corbett, creator of The CorbettReport.com.

After the Interview:
James Corbett says he is writing a new book about the New World Order that will be published later this year or early 2015.  If you would like to visit The CorbettReport.com, click here. James Corbett also started FukushimaUpdate.com which has the latest information on the Fukushima nuclear accident. Click here for FukushimaUpdate.com.