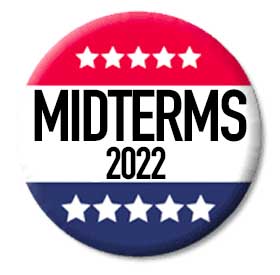 Join Greg Hunter of USAWatchdog.com and Gerald Celente, publisher of The Trends Journal, as they team up to cover the 2022 Mid-term Election.  Coverage starts at 8:30p EST Tuesday Nov. 8 and lasts until around 12m.