Home
»
Market Analysis
»
The Next One will be the Big One 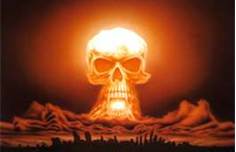 I don’t see how anyone could say the financial system is stable.  The facts say it is anything but well-balanced and steady.  The Western world is in crisis with Europe leading the way over the financial cliff.   Pick a country in the EU.  France, Greece, Spain or Italy are all capable of causing the next financial panic.  I can’t tell you how many times I’ve heard or read the word “collapse” in reporting on this spiraling financial crisis.  On Monday, German media giant Der Spiegel ran a headline that read “Investors Prepare for Euro Collapse.”  The story said, “Banks, companies and investors are preparing themselves for a collapse of the euro. Cross-border bank lending is falling, asset managers are shunning Europe and money is flowing into German real estate and bonds. The euro remains stable against the dollar because America has debt problems too. But unlike the euro, the dollar’s structure isn’t in doubt.”  (Click here for the complete Der Spiegel post.)   If the Euro goes down, the dollar will follow probably after a short spike.  This is just one of many recent examples of the fragility of the financial system.

There is too much debt and not enough growth or taxes to service it.  It’s the same problem almost everywhere on the planet.  Governments are just printing money to try and make the problem go away.  Egon von Greyerz, founder of Matterhorn Asset Management ($5 billion in assets), said this week, “This is why money printing is guaranteed in Europe, the US, UK and Japan.  History teaches us that a nation which runs large deficits and increasing debts could never create wealth in the long-run.  Wealth has never been created by printing money, and this time, like it has before, it will lead to a financial crash.  This time the financial crash will be of a worldwide magnitude.”  (Click here to read and hear the complete interview from King World News aka KWN.)

Nigel Farage, outspoken Member European Parliament, also fears another approaching calamity.  Just last week, he said, “It isn’t the euro that scares me anymore.  What scares me is the sheer level of indebtedness, and the fact that so many of our banks in the Western world are just in such serious trouble that we could face a situation where even if governments wanted to bail them out, the problem may become bigger than them.  So I do not discount, at some point, a really dramatic banking collapse.”  (For the complete KWN interview click here.)

The next collapse will make the 2008 meltdown look like a day at the beach.  According to Professor William Black, it looks like a mathematical certainty.  Black is a former top bank regulator who helped unwind the Savings and Loan scandal.  He is also a professor of both law and economics and studies why we have “reoccurring and intensifying financial crises.”  In an interview this week, he told me, “. . . each crisis is becoming bigger by an order of magnitude.  The savings and loan debacle was $150 billion roughly.  The Enron era frauds and collapse of the high tech boom was six to seven trillion dollars.  Just the household sector (in the 2007-2008 meltdown) lost $11 trillion dollars.”  (Click here for the complete Professor Black interview.)   If you add in $700 billion of TARP, more than $800 billion in stimulus, zero percent interest rates through 2014, FDIC deposit insurance for investment banks, the implicit guarantee of the “too big to fail”  banks by taxpayers and the $16.1 trillion pumped out by the Fed to bailout the world–you have one colossal crisis.  The next calamity will get bigger than the last by an “order of magnitude” because bankers, according to Professor Black, “can commit these frauds with impunity.”  (Black is referring to liar loans, security fraud of bundling those loans, ratings fraud, and the forgery and perjury of foreclosure fraud and many others.)

It is mostly the fault of greedy bankers who bought off corrupt politicians that allowed all the debt and bailouts to explode.   You would think the politicians would make the stability of the financial system a top priority.  After all, it is the cornerstone of retaining power.  Look at Libya’s Gadhafi.  You may not like him, but there was a reason he stayed in power for 40 years.  He couldn’t have done it without a stable financial system.  (He was also was sitting on 144 tons of gold.  That’s a lot of security, especially for a country the size of Libya.)  So, whether you are a dictator or a democracy, you want a rock solid system with zero chance of collapse.

Professor Black says, “We are rolling the dice every day to have the disaster.”  In short, the next one will be the big one, and it can happen at any time without warning.