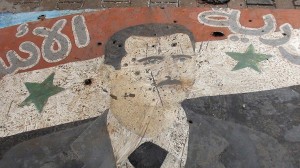 Syria is the top story, this week, because the bloody revolution there has big super power war implications.  This violent uprising against Bashar Assad has been going on for months. Two journalists covering the story were killed in the fighting.  Now, there is talk of a NATO type involvement much the same as Libya.  They called that “lead from behind,” but NATO is mostly a U.S. operation.  There really is no such thing as lead from behind for America when NATO is involved.   Russia has a naval base on the Syrian coast, and China and Iran are also staunch allies.  If NATO intervenes, there could be heavy pushback and even military conflict with Russia, China and Iran.

Speaking of the Middle East, Iran threatened to strike Israel first if it feels it’s going to be attacked or its national interests are undermined.   At the beginning, of the week Iran cut off oil sales to Europe.  700,000 barrels a day are gone.  The EU voted to stop buying Iranian oil this summer, but Iran didn’t wait and cut off crude early.  Is a first strike by Iran all that farfetched?  These are the two most dangerous places on the planet, and either could spark World War III.   Is there any wonder why oil and gold prices are soaring?  Oil is well over $100 per barrel and gold is inching towards $1800 an ounce.  Before it’s all over, both will be much higher, that is for sure.  All these stories and more are highlighted by Greg Hunter’s USAWatchdog.com in the Weekly News Wrap-Up.