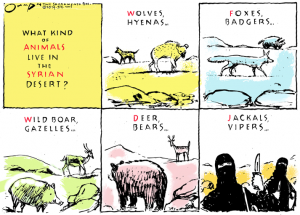 We start, once again, with the crisis in Ukraine.  Russia sent a humanitarian convoy to the pro-Russian separatist.  It was stalled well short of the border for a while and it looks like it will cross at some point.  The Ukraine government said it would stop the convoy that is aimed at resupplying the rebels with food and water.  Meanwhile, a second Russian military convoy also crossed into Ukraine to help aid the pro-Russian rebels, according to the Guardian in the UK.  The reporter noted that the convoy was only 23 vehicles long and did not constitute a full scale invasion.  But, this confirms that Russia is directly helping the rebels even though it has repeatedly said it is not.  The Obama Administration has said any aid to the rebels is unacceptable.  As far as the Russian counter sanctions on food producers in the west, those sanctions are already causing some real pain in countries such as Finland, Spain and Poland.  Please keep in mind that much of the EU is in recession and, in some places, depression.  Wait until winter when these countries need cheap Russian natural gas.  They may get it, but I predict it will not be cheap.

The thousands of people stranded on a mountain top in Iraq because they were fleeing the horror of ISIS have been saved, but thousands more still remain.  I am not sure the President is going to authorize any more help.  This still leaves a growing problem of the terror army of the Islamic State who has taken over large parts of Eastern Syria and Western Iraq.  There appears to be no real plan to combat this group which is growing in size every day.

There is another cease-fire between Israel and Hamas in Gaza.  This cease-fire is scheduled for five days.  Hamas wants the borders open and call what they have now an “open air prison.”  The Israelis want Hamas to disarm before they open the ports and borders.  Hamas has repeatedly said it will not disarm.  I don’t see how both sides are going to work this out, but at least there is a cease-fire—for now, anyway.  In another development, the Obama Administration has blocked a shipment of hell-fire missiles to Israel.  It’s reported Obama and Netanyahu had another heated phone call this week.  So, the rift between Israel and the Obama Administration is not getting better.

Ferguson, Missouri, has simmered down after riots and looting because of the police shooting death of an unarmed teen.  Journalists were arrested and shot at with tear gas.  The President asked for calm while a full investigation is underway.  There is much more going on than the awful shooting of a teen.  Shooting deaths in Chicago are common place.  14 shooting deaths have happened, so far, in August alone.  Military style force was rolled out to combat the

rioters, and now, Missouri Governor Jay Nixon has put the Highway Patrol in charge and pulled back from the military style confrontation.  The big picture is the government, on multiple levels, is preparing for social unrest.  I think they are scared to death of what will happen in the next financial calamity.  Look at the YouTube video of the stores that were robbed and vandalized.  The people who worked in the burned out stores are not working.  Products are not being sold.  Taxes are not being collected.  Now, multiply that times a million, and you could have a collapse of civilization as we know it.  That’s why I think there has been a push to militarize the police. Even federal agencies such as the IRS and USDA are getting fully automatic weapons for their staff.  Senator Rand Paul says we should demilitarize the police, but I don’t think that is going to happen before the next financial crash.

Finally, Hillary Clinton and her criticism of President Obama’s foreign policy in a magazine article is a huge blunder.  She mocked President Obama by saying “. . . ‘Don’t do stupid stuff’ is not an organizing principle.”  Like his record or not, he is still the leader of the Democratic Party, and I think this will cost Mrs. Clinton dearly.  Ed Klein, author of the best-selling book “Blood Feud,” said Obama is going to support Senator Elizabeth Warren in the Democratic primaries for President.  I do not believe the stories that Obama and Hillary “hugged it out” this past week.  I think the feud is full blown, even though it is not being played out in public.  I do not think this bodes well for Hillary’s chances to win the presidential election in 2016, but we will see.