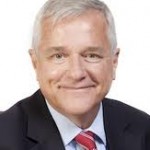 Renowned Precious metals expert James Turk thinks this fall is going to be trouble for the U.S. dollar.  Turk explains, “I think that is the time frame we should be looking for, and there are a couple of reasons for this.  Every five years, the International Monetary Fund recalculates the “Special Drawing Rights,” the SDR. . . The Chinese have been quite clear over the last five years that they want to be included in the SDR when the next rewriting comes, and the next recalculation is scheduled for September and October.  So, it’s quite possible that China doesn’t come away with what it thinks it deserves . . . it may move further away from western institutions and create other Asian institutions like the AIIB (Asian Infrastructure Investment Bank) and bring this to fruition much quicker than would be the case.  So, I would agree the September, October, November time frame is going to be critically important this year.  If the wrong moves are made by the U.S. government, I think the dollar could fall substantially. . . . I think we are going to step on a mine before the end of this year.”

Turk goes on to say, “Remember that the dollar has only risen because people around the world perceive it as the best option of a lot of poor choices.  In other words, people are moving out of the euro, and moving out of other weak currencies, in an emotional kneejerk reaction into the dollar.  They are not moving into the dollar because of any fundamental strengths.  The problems of the U.S. are still quite severe, particularly the debt problem and government spending out of control.  Things tend to rise and things tend to fall, and I wouldn’t be surprised to get a big drop in the dollar before the end of the year.”

On the Greek debt crisis, Turk contends, “There is no way Greece is going to repay the $350 billion in debt it owes.  It just doesn’t have the financial capacity or the ability to do that.  So, all the ECB, EU and the IMF are trying to is “extend and pretend.”  If you keep the ball in the air, then people will think that it will be solved eventually.  They all play a game, but the reality is the ball eventually crashes to the ground simply because of mathematics.  It’s not just Greece.  There are countries all around the world, including the United States, that have such a huge debt burden that these debts are never going to be repaid.  The U.S. debt is $18 trillion.  The only reason why it hasn’t hit the wall is because interest rates are near zero.”

So, what’s the trigger that will have it all come crashing down?  Turk says, “That’s the million dollar question that everybody is trying to figure out.  What’s going to be the trigger that brings it all down?  You are trying to predict the future, and sadly, nobody can do that.  The best we can do is prepare for the future, and that’s what China is doing.  That’s why China is creating a parallel payment system. . . . That’s why China has created the AIIB, and that’s why China has been accumulating gold.  As we prepare for the future, we should be thinking along the same lines as China is thinking.  Buy gold, buy resources and minimize as best as you can the counter-party risk that comes from financial assets.  We don’t know what the trigger point is, but we know from history and the mathematics that it cannot be serviced, and we are going to have some kind of a problem.  It’s just like 2008.  We’ve got another one of those coming.

Join Greg Hunter as he goes One-on-One with James Turk, founder of GoldMoney.com.

(There is much more in the in-depth interview.)

There is a lot of free information, charts and analysis  on GoldMoney.com.