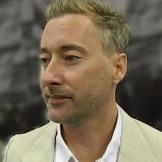 Financial editor Jeff Berwick predicts what is coming to the world is “the end of the monetary system as we know it.”  Berwick contends, “We’re in the very end stages of this system because of the amount of U.S. government debt.  The debt is going up over $1 trillion a year.  If actually accounted for properly, it is really going up more than $5 trillion a year.”  The U.S financial situation is very fragile.  Berwick says, “If they allow interest rates to rise, it will effectively make the U.S. government bankrupt and insolvent, and it would make the U.S. government collapse. . . . They are preparing for a major societal collapse.  It is obvious and it will happen, and it will be very scary and very dangerous.”  On “Bitcoin,” Berwick says, “The entire ‘Bitcoin’ system is a revolution in money and banking.”  That said, Berwick warns, “Volatility is a major issue with Bitcoin . . . over time, as more and more people use it, it will become more stable. . . . I would not recommend it as an investment.”  So, what does Berwick like for the long term?  Berwick proclaims, “I like gold for preserving wealth and ‘Bitcoin’ for transactions.”  Join Greg Hunter as he goes One-on-One with Jeff Berwick, the Chief Editor of DollarVigilante.com.