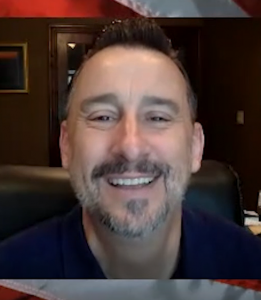 Financial writer and precious metals expert Craig Hemke says the reason you are seeing the wild markets and rising gold prices is all attributed to the Fed. It is in a horrible position. Hemke explains, “I don’t think ‘panicked’ is the right word because that means they are running around with their hair on fire terrified. I think they realize the corner into which they painted themselves. They are trying to mitigate the damage as much as they can. . . . The smartest thing the Fed can do right now at the next Fed meeting (June 18 & 19) is to cut the Fed Funds Rate by 50 basis points. They could at least kind of get the yield curve flat again, and not leave it so it looks like you are definitely headed into a recession. (Fed Head) Powell is not going to do that because it will look like he’s doing what Trump is telling him to do. . . .He’s probably going to cut by a quarter point. . . . There is also a pretty good chance he does nothing. . . . The reason why interest rates all along that curve are going lower and lower is because money all around the world sees we all are headed into a recession.”

Hemke says confidence in central banks is going to crash right along with the global economy. Hemke contends, “Now, this next time when the economy crashes, which it will inevitably will, they’ll be exposed for the charlatans that they are, stringing everybody along, pretending like they’ve got it under control, confidence in the central bank is going to crash. This means confidence in fiat currency is going to crash, and the only real alternative to fiat currency is sound money and that’s gold. That’s the first big part of why it’s different this time. The other big part is just the math. We are up to $22 trillion in debt versus $10 trillion back in 2009. . . . The deficit through 2029 is $1 trillion a year, and that is under a forecast of 3% economic growth. You are not going to get 3% economic growth. When it’s 1% or 0%, then your tax receipts fall dramatically. Then your deficit explodes.”

Hemke goes on to say, “So, this idea that the Fed can just keep doing what they are doing and things can just keep marching along–no. We are finally at the end of the charade. It’s lasted a lot longer than I thought it could. . . . Now, in 2019, we are right back to where we were in 2010. This is vitally important for people to understand. Eventually, gold is going to break out this year. It’s going to go above $1,360 and the whole world is going to figure this out, and prices are going to accelerate. People who are not buying it now are going to get left behind. . . . Once the demand for all these dollars starts to fall off and disappear, well, those dollars are still out there, and they are all going to come back here to our shores. That’s when you start to get this runaway or hyperinflation because you’ve got so many more dollars than you have demand for dollars. That lessens the value of the dollar and goods go up in cost. . . . The idea you could get 20% inflation is certainly plausible and feasible. . . . Nothing has proven more effective in history to preserve wealth than gold and silver—nothing! . . . . 2019 will be the best year for precious metals since 2010.”

There is some free information and analysis on TFMetalsReport.com. To become a subscriber click here.  (Remember to use promo code: gold 2019)