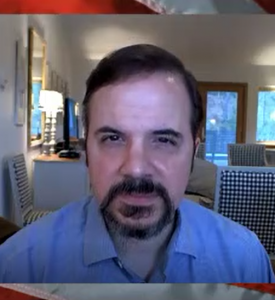 Journalist and book author Michael Snyder says corporate debt is at record highs standing at $10 trillion. Snyder points out debt is setting records in every aspect of the economy and contends, “If you include all other forms of corporate debt not listed on the stock exchanges, that brings the total to $15.5 trillion, which is equivalent to 74% of GDP. We’ve never seen anything like this before in all of U.S. history. That is just one form of debt and how our society has grown the debt. People need to realize the only reason why we have any prosperity in this country today is because it is fueled by debt. We have been building up this bubble, and it is the bubble to end all bubbles. Look at consumers. U.S. consumers are now $14 trillion in debt, which is an all-time record. State and local governments are at all-time debt record levels. The U.S. government . . . we just hit $23 trillion in debt, more than double since the last financial meltdown. . . . We are stealing from future generations more than $100 million every single hour of every single day. This is a crime beyond comprehension, and it’s been going on more than a decade. . . .All the debt has bought for us is more time to expand the bubble for relative stability. Meanwhile, we are literally committing national suicide and literally destroying the future of this country and the future of this republic. We are destroying everything the founders built by insatiable greed in this generation.”

Snyder says you don’t have to wait for the next recession because it’s already started. Snyder says, “Eventually, this whole thing is going to come crashing down. This thing is not sustainable. Here in the United States, we are already in a manufacturing recession. We are already in a transportation recession. We’re already in a corporate earnings recession. We are already in trouble that I document regularly on my website. We are already seeing dozens of data points that an economic slowdown is already happening. This is what we will notice first. We will go into a recession, and things are going to start getting bad, but beyond that . . . we are headed for the Greatest Depression. It’s the perfect storm. . . . We are talking about the breakdown of trade with China. . . . We have witnessed the complete and total breakdown of relations between the United States and China. . . . They (China) view us (America) as their primary global enemy. So, there is not going to be any kind of comprehensive trade agreement. You can forget that, and that has been one of the only things holding this stock market up.”

Snyder says no China trade deal will cause the stock market to “lose hope for the future.” Snyder predicts stocks will “fall at least back to its long term averages, which is 40% to 50% lower than stocks are today.”

Join Greg Hunter as he goes One-on-One with Michael Snyder, creator of TheEconomicCollapseblog.com. 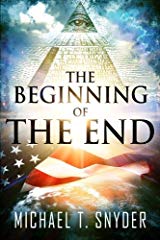 Besides TheEconomicCollapseblog.com, Michael Snyder has two other free websites, EndoftheAmericanDream.com and TheMostImportantNews.com.

Michael Snyder has also published four popular books. The latest is called “The Beginning of the End.” You can find all of Michael Snyder’s books by clicking here.