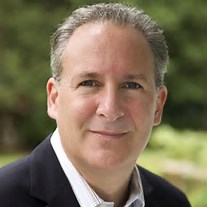 Money manager Peter Schiff, who wrote a book three years ago called “The Real Crash,” thinks the next calamity is well on its way.  Schiff says, “I think the next crash is going to be a dollar crash rather than a stock market crash.  Certainly it is going to be an economic crash for the average American, and their cost of living goes skyrocketing.”

So, is the next crash going to be worse than the last meltdown?  Schiff says, “It’s going to be much, much worse.  If you understand what caused the 2008 financial crisis, it was the easy monetary policies of Alan Greenspan. . . . The monetary policies of Bernanke and Yellen dwarf what Alan Greenspan did.  That was child’s play compared to what these guys have done.  We have had zero percent interest rates for six years.  We have had three rounds of quantitative easing (QE or money printing) and “Operation Twist.”  The Fed has a $4.5 trillion balance sheet.  This economy is so levered up, so addicted to a level of cheap money that has never before been experienced.  So, the mistakes since the financial crisis are on an order of magnitude bigger than the ones that were made before it.  The bust is always proportionate to the boom.  This is a bigger boom, even though it doesn’t feel like it is because . . . if you take a lot of drugs, you build up a tolerance.  We had a record dose of this monetary heroin, and we barely had a party. . . . Wall Street partied, but the middle class was left out.”

Schiff goes on to warn, “This is going to be the biggest hangover yet, the biggest bust yet.  If you thought 2008 was bad, you ain’t seen nothing yet.  That was the overture to a horrible opera that is about to unfold.  The fat lady isn’t even in the theater yet.  That is how early we are in this tragedy.”

On the Fed, Schiff says, “We have destroyed this economy.  The Federal Reserve has prevented capital investment, entrepreneurship, economic growth that is real.  Instead, we have diverted all these resources to sustaining asset bubbles to keep the stock market up, the real estate market up, to fund debt for education, housing and health care.  We are strangling the real economy, and Main Street can feel it.  Even though Wall Street is ignoring the pain on Main Street, you can see all these protests that have picked up.”

So, is another round of money printing, or QE, a lock?  Schiff contends, “Oh yeah, the minute they did QE 3, QE 4 was a lock because whenever you do a round of quantitative easing, you cannot stop without doing it again.  If you take drugs and you want to stay high, you need more drugs.  Otherwise, you go through withdrawal.  Whenever you get the economy high on QE, if you take away the QE, you take away the high.  That’s why we are going back into recession.  To pretend that you can have an economy on cheap money, and you take away the cheap money and the economy is going to endure, is nonsense. . . It was the Fed propping up this phony economy, and by propping up a phony economy, you prevent a real economy from ever emerging.”