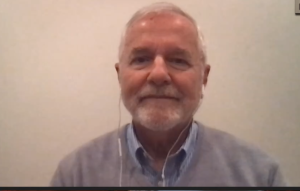 Renowned gold expert James Turk says, “Federal Reserve money printing has gone off the rails, and they are in a situation of inflate or die.”

Inflation is not the only problem because as the money loses buying power, the general public loses liberty.  In Turk’s new book “Money and Liberty,” he lays out a direct link between sound quality money and liberty.  What we have now is basically increasing inflation, or a decrease in the quality of money, and increasing tyranny.  Just look at what has been happening with the CV19 pandemic.  Turk explains, “In the system that we have, in order to make it work, you need inflation and regimentation.  When you have regimentation, that means cutting back on liberty. . . .They are trying to keep the system going, and as they keep the system going, there is more and more regimentation. . . . The system has come to its end, and we have to recognize that nature gives us everything humankind needs to advance and that includes natural money, which, of course, is gold.”

Turk warns, “There is a coming disaster. . . .I think we are in the early days of a potential financial crisis nearing what we saw in 2008, but it’s likely to be worse this time around because there is a lot more debt in the system than there was back then.  Back then, the government bailed out the banks, but this time around, who is going to bail out the government?

Turk also talks about the huge debt problems in China and how this makes the next financial crisis even worse than 2008.  He also talks about why gold and Bitcoin complement each other and why he calls Bitcoin an “Escape Currency.”

In the end, Turk warns this is not a time to try to make tons of money.  This is a time to prepare and protect what you have.  His simple advice is that those who lose the least will be the winners after the next financial crisis is finished.  Turk explains in detail in the 35 min. video interview.

Join Greg Hunter as he interviews James Turk, founder and Director of GoldMoney.com and author of the new book “Money and Liberty.” 12.14.21 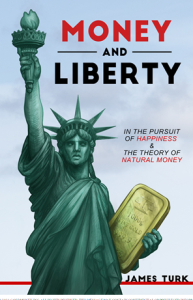 Turk says gold and silver are very undervalued right now, and next year they will begin to reflect the impact of inflation in rising prices for precious metals.

To get a copy of Turk’s new book “Money and Liberty” click here.

(USAWatchdog.com does not get paid in any way from Turk’s book sales.)