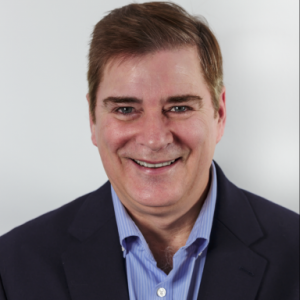 Economic writer Michael “Mish” Shedlock is seeing bubbles just about everywhere. Let’s start with the stock market. Shedlock contends, “Anyone who is thinking rationally knows this is a bubble. . . . On a median PE basis and a median earnings basis, the stock market is at an all-time high—an all-time high now. It exceeds the dotcom bubble. It exceeds the housing bubble. It exceeds 1929. Only the top 10% does not exceed the dotcom mania that we had in 2000. We know these bubbles have to correct. The question is when. The bigger they get, the bigger the collapse and the more pain that is going to be felt.”

Shedlock says you can blame the Fed for all the bubbles. Shedlock explains, “They wouldn’t let it go. They kept it up with round after round of QE (money printing). They inflated these things beyond belief. They didn’t know when to stop, and of course, they caused these bubbles in the first place by keeping interest rates too low for too long following the dotcom crash in 2000 and 2001. We replaced that with a housing bubble after that crashed, and now, we have replaced that with an “everything bubble.” About the only thing that is not in a bubble right now is gold and gold miners. Everything else is in a bubble. . . . The Fed is likely to cut interest rates again when the economy goes into recession. It’s been about nine years since we’ve had one. This is very long in the tooth, and the Fed is very late in hiking (interest rates). I don’t know what throws this over. I don’t know what drives this thing over the hill. Perhaps it’s just exhaustion. When it comes to exhaustion, think about the housing bubble in 2006. We went from people standing in line overnight in Florida, not to get a condo, but the right to enter a lottery to buy a condo — amazing. Guess what, one week later, the lines were gone. No one wanted the things. I think we are going to have some sort of moment like that where people are going to realize ‘what a bubble, I need to cash out.’ Of course, everyone can’t cash out at the same time, and this is what we are going to see.”

Shedlock also says there is a bubble in the bond market, but he is most fearful of the junk bond sector. Can junk bonds take the whole system down if they blow up? Shedlock says, “Absolutely, and in fact, it is likely the junk bond market that is propping up the equity market. If you go back to 2009, you had corporations that could not get funding. Now, everything can get funding.”

Shedlock says the trigger for the next collapse can come from a wide variety of places. Shedlock says, “Germany is owed something like 800 billion euros from peripheral Europe. How are these countries ever going to pay that back to Germany? It’s not going to happen. We are guessing where this thing is going to blow sky high. It can be anything. It can be insolvent Italian banks, it could be a political leader . . . that decides to take Italy out of the Eurozone. It could be a trade war that can do it.”

Shedlock also lists economic problems in China and possible war with North Korea and any number of things that could tank the global financial system. Shedlock points out, “If the economy wasn’t so weak that any big hiccup could send it into the toilet, then why does the ECB still have all of this QE? Why are we so slow at tapering? Why are interest rates so low, and not just in the United States, but Europe, Canada, Australia and Japan? Why do we still have negative interest rates? Central banks have blown another equity bubble. They have blown a junk bond bubble. Just the collapse of them alone . . . can send this thing down the toilet in a hurry.”

Mike Shedlock is a prolific writer and tells me he produces (on average) three fresh articles per day on MishTalk.com. The site is totally free to the public. Shedlock is also a proponent of owning physical gold and silver. He wrote a special article as an addendum to this interview for USAWatchdog.com visitors called “How Much Gold Should the Common Man Own?” Shedlock has agreed to come back to talk in-depth about gold and silver in the not-too-distant future.