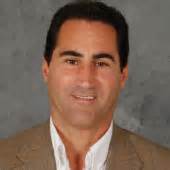 In September, money manager Michael Pento warned, “The massive bubble blown by global central banks is unraveling now.”  Look at the upheaval in markets and he was clearly correct.  Now, Pento sees, “Deflation, say it again, deflation . . . . We are heading for a deflationary/ inflationary depression.  That’s what we have been modeled for.  That’s why we went short in September. . . . We covered the short just before Thanksgiving, and we went short again last Monday just before the crash.”

So, what is going to happen to the price of gold and silver?  Pento says, “When they do this and they (the Fed) have to change and go from . . . draining its balance sheet and admit that they have permanently monetized $4.5 trillion of debt, and they will only be able to increase the size of their balance sheet and never be able to drain it and never be able to raise interest rates, gold and silver that has long been suffering . . . are going to rip higher like they have never done before.  Gold and silver and the mining shares are going to go like a rocket ship, higher. . . . If I was a poor guy or a rich guy who wanted to preserve his purchasing power, I would be buying physical gold and silver, and mostly gold.”

There is free information and analysis on Michael Pento’s website called PentoPort.com.