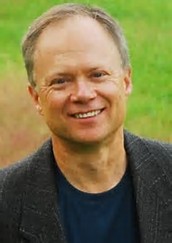 Economic researcher and futurist Chris Martenson says if you believe everything is great with the economic turnaround, you have to believe “fundamentals don’t matter.” Martenson explains, “Of course, fundamentals matter, but they don’t seem to these days.  Take every company that has a market cap of $2 billion or higher and a price to earnings (P/E) of more than 50 or higher and what do you get?  You get a list of 236 companies.  These are not small companies . . . these are big companies.  We saw a number of these things that showed up in 2000, but they were really concentrated in the tech sector.  This time . . . you’ve got bio tech, food companies, Yelp, 21 companies from the oil and gas sector.  These are all sorts of different sectors, and what we are seeing is caution to the wind and fundamentals don’t matter.  That means if you buy a company with a 50 P/E, you are willing to wait 50 years at current earnings to earn that dollar back.  I also found page after page of companies with 200, 300 and 400 P/E.  It’s astonishing.”

Martenson points out that things like stocks and bonds are not wealth, but claims on wealth. Martenson says the paper side of the equation has “been growing twice as fast as the real stuff.”  Martenson goes on to say, “So, there always has to be a relationship to the claims we are making and the amount of real stuff. For now, let’s call the real stuff the GDP of nations of the world.  When you see the claims and GDP get really out of alignment, that’s historically always resulted in the claims going poof. That’s happened lots of times in history.”

Martenson contends markets were not allowed to take their natural course in the 2008 financial meltdown. Martenson says, “In 2008, it broke.  It wasn’t just a housing bubble that broke.  That doesn’t explain why Greece went down.  Greece didn’t have exposure to the U.S. housing market.  Something else broke, and it was too much debt. . . . The Fed said we will fix that by adding more debt.  That was a crazy idea.  In 2008, it was like we fell off a 6 foot ladder.  It was kind of painful.  We should have allowed big institutions that made bad decisions to go bust, to allow the debt to burn itself out of the system.  We would be already rebuilding in a way younger generations could believe in.  Instead, the Federal Reserve tried to deny that reality . . . and triple down, and I fear now we are 22 rungs up an extension ladder.  This next fall is going to be really scary.  I am very worried when that next fall comes, we are going to see the destruction of quite a few things that are going to be worrisome. . . . It will blow at some point. . . . When this next downturn comes, it will be very, very rapid because we don’t have people in the markets anymore.  It’s all computers.  It will be very quick and very sudden and impossible for all those people to get out.”

Martenson says, “Trim back your risk and expenses now . . . and get a buy plan together because there are going to be great opportunities. There are not many out there right now.”

What is going to cause this financial bubble to pop? Martenson says, “The price of oil is likely going to be the pin that pricks these bubbles.  No central banker is going to do it.  They are deathly afraid of these markets they have created. . . . They are afraid of a downturn in the markets, and they won’t willingly go there.  What could force that is the price of oil. . . . The higher price of oil is going to really harm some weak players out there. . . . The chain reaction always starts with somebody not being able to pay their debt back.”

There is lots of free information on PeakProsperity.com. You can also sign up to be a subscriber to get premium content.  For more information on the Peak Prosperity Annual Weekend Seminar: May 4-6, 2018, click here.