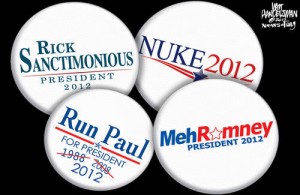 The big story was the meeting between the Prime Minister of Israel and the President of the United States on Monday.  Netanyahu told Obama in no uncertain terms that he was tired of waiting to attack Iran over its nuclear program.  Iran has said repeatedly it is for the peaceful production of energy, but Israel is not buying it.  Netanyahu did not announce it would attack but, also, did not mention a word of letting the sanctions work or diplomacy.  I think this was a very dark omen, and in my mind, Netanyahu was publicly putting the President on notice that an attack is going to be launched.  It has, also, been reported that Israel was requesting bunker buster bombs among other military hardware needed to carry out an attack.  (For more on the story, please click here and here.)

The Greek debt deal looks like it’s going to get done, but will it trip credit default swaps?  Is this deal really done?  What’s the possible fallout?  Who knows, but the European sovereign debt crisis is far from over.  (Click here to read more on the Greek debt deal.)

Super Tuesday turned out to be not so super.  Romney padded his lead, but the big headline to me was there was no knockout punch for any of the candidates.  Santorum, Gingrich and Paul are still in it to win it, and Romney is a very long way from getting the 1,144 delegates to clinch the GOP presidential nomination.  (Click here for the complete delegate count as it stands now.)

Gold, once again, topped $1,700 an ounce, and with the monster deficits the U.S. is racking up, please do not expect the yellow metal to crash.  Many experts (who have been correct on the economy) think it is a great long term holding.  (Click here to check the spot price of gold.)

Finally, even though GM announced some layoffs because of sluggish Volt sales, it was chosen as the European Car of the Year.  It can’t be that bad.  (Click here for more on that story.)

There is no video for the Weekly News Wrap-Up as I am working on improving the quality of the segment.  Look for it next week with a lot better video.  Thank you for supporting USAWatchdog.com.