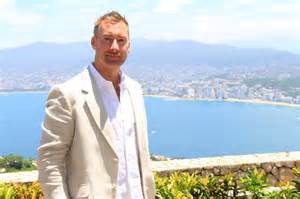 Financial expert Jeff Berwick says you don’t have to wait for the next market crash. Berwick contends that financial facts and the so-called Shemitah are lining up and predicting a coming calamity. Berwick, who recently produced a video titled “Shemitah Exposed,” explains, “I think it’s already started. I put up that video in July, and by the end of August, we were already seeing major crashes happening around the world. The Chinese stock market has been in complete free fall. Of course, what happened in Greece, everyone knows about that, and there are actually 20 other stock exchanges . . . have all been in a crash in the last few weeks. My question is did the Shemitah start early this year or are these going to be pre-shocks to something that is going to be much, much worse? . . . September is going to be incredibly volatile and risky, and it might not just be September.”

Berwick says the Shemitah is 7 year cycles, and every seven years, especially in recent history, there have been financial calamity and crashes. Berwick points out that’s been the case going back to 2008, 2001, 1994 and 1987. Berwick says the financial warning signs are flashing again in 2015 and contends, “They’re talking now about possibly doing another round of QE, quantitative easing 4. That’s essentially counterfeiting money and doing the same things they have been doing for the last 7 years. If they do that, I think the markets finally start to wake up. We might see an initial uptick or pop because that is just the habit of people. Every time the Federal Reserve says it will print a lot of money, the stock market goes up. I think, this time, a lot more people are aware of how this system is hanging by a thread. If the only answer they have to fix it is to keep printing money and for government to keep going into debt . . . I think a lot of people are going to wake up and say we’re headed for Zimbabwe. We are headed for complete hyperinflation if this keeps up.”

On gold, Berwick thinks, “Just in the last few weeks, I have noticed a change. When the markets have been crashing, gold has hung in very well, and even gold stocks have started to bounce. That is unusual because that didn’t happen the last few times. It is actually getting very hard to buy physical gold or silver anywhere in the world. You definitely can’t buy it at its current spot price. A lot of them are selling it at multiples of the current price. The physical price of gold and silver is totally diverging from what they say the price is on the futures market. I think this divergence is only going to widen. If they do go to QE4, we are going to see gold skyrocket. It is looking very good for precious metals and very bad for the stock market. If the stock market does rise, it will only be because of massive money printing that will cause massive economic destruction.”

The wild card is the war card, and on that, Berwick says, “There is a lot of calamity out there, and it is not just in the financial markets. Look at military around the world and wars. The U.S. is all over the world right now trying to start wars everywhere, including in the Ukraine and Syria. There is saber rattling in China, and now with Russia as well. If they continue to attack Syria, of course, Iran has a pact with Syria they will get involved. China and Russia has said if Iran is attacked, they are getting involved. I see nothing but black swans ahead. So, to be in the market on the long side is insane to me at this moment.”

Join Greg Hunter as he goes One-on-One with Jeff Berwick, Editor of The DollarVigilante.com.

There is free information on DollarVigilante.com.