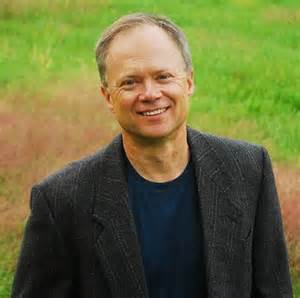 Chris Martenson is an economic researcher and futurist who produced a popular video seminar called “Crash Course.”   Back in early 2008, he explained the “interconnected forces in the economy, energy and the environment.”  Now, he has produced a new “Accelerated Crash Course,” and this theme is playing out in places like Iraq.  Martenson says, “If you want to understand what is going on in Iraq, you have to understand what is going on with energy in this part of the game. . . .The U.S. media goes out of its way to pretend this is just some random thing that happened.  A bunch of crazy people came out of Syria and are causing trouble. . . . The post reconstruction effort in Iraq, if it wasn’t designed to fail, it was the biggest bungling job of all of history.  We dismantled key institutions, we dismantled their army and left the country a hollowed out shell.  Guess what, now that’s breaking.”  Martenson goes on to point out, “Here’s why it affects us.  Oil and oil infrastructure is fragile stuff.  A refinery is thousands of moving parts and miles of tubes and pipes.  One mortar lobbed in there and that whole refinery gets shut down. . . . The idea we can have full blown Sunni, Shia, Kurd conflict where they’re going to duke it out for power, and have all that oil infrastructure remain untouched, I think is a fantasy.”

So, what happens to oil prices if Iraqi oil is taken off the market because of war?  Martenson says, “If that goes away, oil prices are set at the margin.  That 2.5 million barrels going off line brings us to $150 oil.  If something worse happens, Saudi Arabia gets involved or the Strait of Hormuz gets closed down, then we’re talking about numbers like $200 a barrel, and that might even seem cheap.  We don’t know how high oil could go if this turns into regional conflict.  That is the risk, and it’s on the table now.”

Martenson goes on to say, “Once you let this genie out of the bottle and you unleash inter-fighting and bad blood, there is no predicting what could happen.  I think it’s been a huge mistake to sow chaos and discord.  How many countries did we do this to?  We broke Libya in exactly the same way. . . . Now, that place has zero oil exports because the country is completely wrecked by sectarian violence.  The same thing has happened Egypt.  We got rid of the standing government, it’s a mess.  Syria is a mess.  Iraq, now it’s a mess.  I look at this and I see mess, mess, mess.  Maybe that is the plan, and that plan is always how we, the West, can better control the oil interests of these countries.  This is critical . . . Europe is desperately needing oil and natural gas at this point in time.  The U.S. is still a net importer of natural gas and still imports 7 million barrels of crude oil a day of the 15 that we burn.  Look at all the countries wading into the Middle East, and all of them are net oil importers . . . . So, this is a real scramble for resources.  All wars have been resource wars, and when I look at the geopolitical landscape, the Middle East and in Eastern Europe, I say this story has already started to unravel; and if you don’t understand resources, then this story won’t make a lick of sense.”

Martenson, who holds a PhD in pathology and an MBA, contends 2008 was just a warm up to a much bigger calamity.  Martenson says, “2008 was the shot across the bow.  That’s when our credit experiment broke, and we have been doing everything possible to paper over it since. . . . When you take real stuff out of the ground, you grow food, you take oil out of the ground, you process ore into steel and you manufacture real things–that’s real wealth.  The claims (such as stocks, bonds and currencies) have to be in proportion to the real wealth.  The claims have been growing and growing and growing for so long that they are way out of balance to the real stuff, and the real stuff isn’t growing like it used to.  You can see that in the GDP numbers for the U.S. or the world at large.  Growth is slowing, slowing, slowing, and the claims are getting larger and larger.  This represents a huge and gigantic source of potential energy.  There is a gap there and it’s going to get closed.  Only one of two things is going to happen.  One, real stuff starts expanding like crazy; or, two, the claims get destroyed.  That’s what we are talking about when we talk about a market crash.  The claims get destroyed.  People get wiped out.  The people who don’t get ruined are people safely over in the real wealth already.  If you own an unencumbered farm, if you own a productive asset, if you own gold or silver, or if you own your house outright,  you are going to be vastly safer than . . . someone who is leveraged and hinged into this other system.”

(There is much, more in the video interview.)

Martenson told me the new “Accelerated Crash Course” is nearly 4.5 hours long.  The video presentation is divided into 28 chapters, and Martenson will be releasing a few new chapters every week.  The “Accelerated Crash Course” is free and can be found on PeakProsperity.com.  Martenson also told me his company offers a paid subscription service, and it gives analysis on financial and geopolitical issues and “everything that is important.”  If you would like to subscribe, click here.