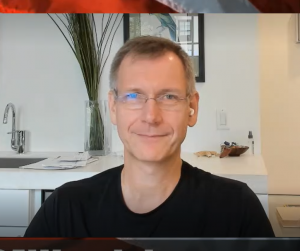 Either way, expect deficits and money printing as far as the eye can see or until the US dollar breaks.  Merk says, “What’s going to break the dollar?  Something is going to break it, we don’t know.  Maybe it’s going to be . . . coming from some place we don’t know about.  The states are good candidates, and who knows which state it’s going to be.  If the Democrats have a sweep, maybe they bail out the states. . . . We have quite a polarized electorate these days, and if we are going to bail out the Democrats, I don’t think the other states are going to like it. . . . Marriages often break up over money, and if we cannot do our budgeting, there is going to be fighting.  Of course, the Fed is probably going to help everybody out, and we are going to patch this thing up longer than we can imagine.”

Merk likes gold because of all the money printing and the eventual inflation that is surely coming from printing all those digital dollars.  He also likes a diversified portfolio, but one of his very favorite investments is gold.  Merk tells me he holds more than some people would and is holding it as a core investment.  His simple advice for the little guy is, “Spend less money than you make so you can save more.”