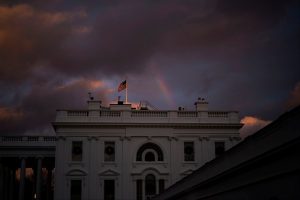 After many hours of election fraud hearings in Pennsylvania, Arizona, Michigan and, most recently, Georgia and Nevada, a picture of well organized election and voter fraud has emerged.  The election steal was organized crime that would make mobster John Gotti blush.  The 2020 Election is a treasonous RICO election and voter fraud case pure and simple.  There are hundreds of sworn affidavits from people who witnessed all sorts of fraud in multiple states.  Election laws passed by state legislatures were thrown out the window, and the cheating and law breaking this election was off the charts.  Now, a video has emerged in the Fulton County, Georgia, vote counting center that catches suitcases of ballots being pulled out from under a big table (put there hours earlier by Democrats) after GOP election watchers were ordered from the counting room.  Trump was up by 110,000 votes at that time, but after the secret vote dump, he lost Georgia by 12,670 votes.  If this is not election fraud caught on camera, I don’t know what is.

Also this week, President Trump gave a 45 minute speech on all the election fraud and said the U.S. “voting system was under siege.”  You would not know this because the mainstream media (MSM) would not cover it.  Trump affirmed that every legal ballot is counted and that no illegal ballot should be counted.  Still, states have rushed to certify the election in the battleground states, which is, in effect, certifying massive voter fraud.  The disgraced MSM is using up the last bit of credibility it has by ignoring the well documented massive fraud.  When Team Trump turns this fraud fest around and acknowledges him as the rightful winner on election night, the fireworks will be going off.

The U.S. dollar has been quietly taking a beating on the world stage since Election Day.  Everybody knows Trump won, but big tech, big media and the Democrats are acting more like a third world nation.  So, the world is selling the dollar, the world’s reserve currency.  Do you know what happens to the currencies of third world nations?  They collapse in buying power, and the U.S. dollar is off by more than 4% since Biden has falsely been declared the winner of the 2020 Election.  Bo Polny predicted the dollar start a down trend in his October 2nd interview and it clearly did.

One of the top trends forecasters in the world, Gerald Celente, publisher of The Trends Journal, will be the guest for the Saturday Evening Post.