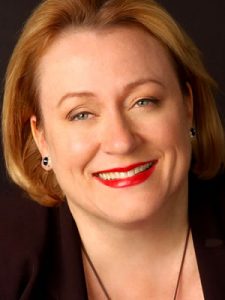 Investment advisor Catherine Austin Fitts sums up what happened with the election of Donald Trump by saying, “It’s amazing because if you look at the faction that wanted to sacrifice the United States for empire, you basically had Washington, Wall Street, Silicon Valley and Hollywood. What they have done for the last 20 years is they have used the corporate media to create this color revolution, soft revolution, which is really a front so the 1% can control.  The reality is if you look at what they were doing to destroy the United States, you just had an enormous, very wide group of people say enough.  We did a discussion of the election several months ago, and I said if the right people in the military intelligence get behind Trump, he could win, and I think that’s exactly what happened. . . . I think the intelligence agencies understand that you cannot leave people to do what needs to be done with people that are used to printing all the funny money they want and have no clue how the economy works. . . . I had no idea how completely ignorant Hillary Clinton was of the whole fundamental economics of the situation.  It’s because she’s been operating with cheap and free money for decades.  I think the intelligence agencies were trying to assert adult supervision of the situation.”

On the mainstream media and Democrats rigging the election, Fitts says, “The problem with being able to rig things is you forget what is real. That is what has been so astonishing. All the people that have been rigging things all these years and the reason they could run things in an unproductive way, and away from market economics, is they could just print money.  The minute you are not able to print money the game is up.”

What about the markets? Fitts, who managed 10’s of billions of dollars of assets as Assistant Housing Secretary in the Bush (41) Administration, says, “I am long-term positive and short-term negative because we just made a turn, and that turn is the beginning of facing things. Those things need to be faced, and that makes me optimistic long-term.  If we pull certain things together, there is a very successful pathway, particularly if you sacrifice empire for North America. . . . If you let the productive people run things, wow!  We’ve had the slugs running things for 20 years, and you let the productive people run things–watch out.  This is why I am long-term positive.”

On gold and silver, Fitts contends, “I think we are in a long-term bull market for gold, but I don’t think the consolidation is over. I was hoping the consolidation was over given how it was trading in the first three quarters, but given how it is trading now, it looks like the consolidation may not be over.  The reality is gold is a number of things.  In Asia, it’s real money.  I think as long as Asia is converging with per capita income, gold is going to have a floor under it, and silver too.  I think that’s going to continue, and the bull market is going to reassert.  If the engineering of moving from a debt model to an equity model is successful, then there is going to be a lot less concern of the fundamentals of the market and stability of the system.  That won’t be as good for gold.  I noticed some of your latest commentators say that gold is going to very high numbers.  I think if we don’t succeed in turning around North America, then you could see gold go very high because of the instability.  Right now, looking at all the markets, I say equities are stronger than gold.”

Join Greg Hunter as he goes One-on-One with Catherine Austin Fitts, Publisher of the Solari Report found on Solari.com.

There is some free information on the homepage of Solari.com. If you want to check out a subscription click here.