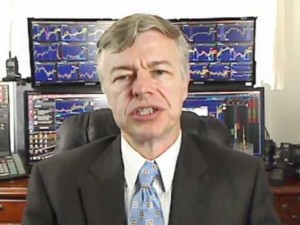 Trader and entrepreneur Karl Denninger has a dire warning. He basically says if there is lawlessness at the top of society, there will be lawlessness at the bottom.  Denninger, who is so distraught he has suspended writing on his popular website, explains, “It is illegal for any entity with market power or anybody else to price fix.  It is illegal to price commodities of like, mind and quantity in the market place.  That is a federal law, and violations of these laws are not civil affairs, they’re felonies. . . . The only deterrents for corporations against bad behavior is people go to jail or the firm has its charter revoked because it runs out of money.  The reason that is the case is as long as I can pay a fine and shift the cost onto the customers or shareholders or both, there is not deterrent—at all. . . . When does a CEO ever get indicted?  When do members of the board ever get indicted?  The answer is never.”

Denninger says the lawlessness trickles down, and it’s bad for growth and innovation that creates jobs. Denninger contends, “The problem with this is economic progress.  Without people having the ability and the promise to get ahead, what do you have left? . . . If this sinks into people’s consciousness, then the game is over.  If you cannot entice people to get out there and create the next big thing, to be the next Intel, to be the next Amazon, then everybody swallows everybody until there is nothing left.  If you are all sharks trying to eat each other, then there is no progress.”

Denninger also makes a dire prediction about a coming future crash. Denninger says, “All exponential growth forecasts that do not have an end date on them run up against mathematical facts. . . . You can’t have infinite expansion forever.  Where it is coming to the forefront first is in the healthcare area.  Obama Care was an attempt to extend the scam by a few more years because it was starting to collapse in 2007 and 2008.  This is how they managed to buy themselves another six or seven years by forcing everybody into it.  The problem is now you made it worse. . . . Here’s what everybody needs to take away from this and the most important aspect.  In 2007 and 2008, the crash preceded the mathematical wall by a lot. . . . The market never allows you to get to the mathematical wall because somebody wakes up every night and gets really nervous.  That’s just the way humans are.  As long as the number of people who wake up really nervous is outpaced by the number of people that say ‘that’s an opportunity to make money,’ everything is fine.  The day a critical mass of people say ‘oh my goodness,’ that’s when it comes apart.  It always happens before you hit the mathematical limits. . . . The tipping point could come tomorrow for all I know.”

In closing, Denninger says, “If we don’t cut this out and start looking at the rule of law as meaning something again, I don’t see how we get out of this. The only way out of this box is to stop the lawlessness and let entrepreneurial people come in and find the technological innovations that drive the recovery. . . . Lack of the rule of law means America is doomed unless we change it.”

Karl Denninger’s last article can be found on the home page of Market-Ticker.org.  The article is called “The Rule of Law” and id is well worth the read!