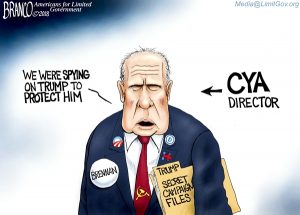 Trump canceled the June 12th summit with Kim Jong Un, and the North Korean leader is back within hours wanting to continue the talks.  What gives?  Why so crazy?  North Korea is China’s crown jewel of crazy, and it is not going to give that up without getting major concessions from Trump on trade and the South China Sea.  Anyone thinking the U.S. is negotiating with North Korea is nuts.  The U.S., in reality, is in negotiations with China, and that is why this is going to be drawn out.

It’s now called “Spygate,” and it makes Watergate look like a water balloon fight. This is the biggest scandal in U.S. history.  The Obama Administration tried to frame Donald Trump for conspiring with the Russians and used every dirty trick in the book to try to take him down, including the use of spies in his campaign.  People are going to be jailed over this one, and I mean top people.  This is treason against the Constitution and our elections.

Mark Taylor, author of the popular book “The Trump Prophecies” will be the guest for the “Early Sunday Release.”