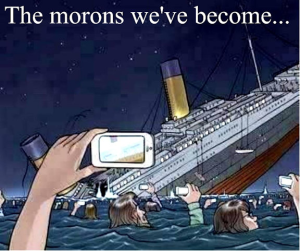 “Died Unexpectedly” is fast becoming the new term to try and cover up all the deaths from the bioweapon “vaccines.”  Now, bloggers are keeping track of stories where deaths are unexplained, mysterious or simply died without any reason whatsoever each and every week.  This “died unexpectedly” phenomenon is being called a propaganda campaign by legacy media to cover up the alarming deaths that many think are coming from the vaxed, such as three perfectly healthy Canadian doctors who dropped dead one week after the hospital they worked at required a fourth CV19 injection. The hospital denied the shots had anything to do with the “unexpected deaths.”  No way they can keep this propaganda up as we are just getting started with the vax injection carnage.  According to one top UK Doctor, “Everybody who has an mRNA injection will die in 3 to 5 years even if they have had only one injection.”  Could Ivermectin be the drug that buys years of time when taken routinely?

Russia is turning up the heat in Ukraine and turning off the natural gas to Europe.  Fresh attacks are happing around Kyiv as the war grinds on and Ukraine’s army gets decimated.  Forget the propaganda where you are told Russia is losing.  It’s not.  Russia is winning.  Ukraine is having their tails handed to them.  Meanwhile, the gas is being cut back to 20% of capacity in the Nord Stream #1 pipeline by Russia.  They say it’s maintenance, but no matter what you call it, it’s killing off business in Germany and Europe, and it’s not even winter yet.  Europe has taken poison and is expecting Russia to die.  Can EU banks stay solvent if many cannot pay their loans back?

The Biden/Obama Administration is saying the USA is NOT in recession, but the facts say otherwise.  In economic textbooks, two quarters in a row of negative growth is a recession.  It was just reported that the second quarter has shown a -.9% downturn in GDP.  That spells RECESSION—period the end, and Biden owns it.  That did not stop the Fed from raising a key interest rate by .75% to fight inflation.  The Fed can either fight inflation and kill the economy or let interest rates remain low and kill the U.S. dollar.  It is that simple.  It looks like, for now, the dollar lives.

Join Greg Hunter as he talks about these stories and more in the Weekly News Wrap-Up for 7.29.22.

Financial expert and publisher of “The Solari Report” Catherine Austin Fitts will be the guest for the “Saturday Night Post.”  The Solari Report 2021 Annual Wrap-Up is out, and it is basically setting the stage for the battle we face that is tyranny vs. freedom.  Fitts will also do a deep dive  on gold in preserving wealth in our digital money age.