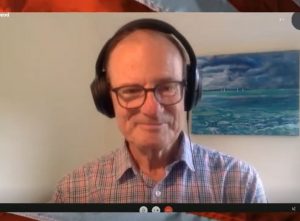 Finance and economic expert Alasdair Macleod says the gold market is “extremely dangerous as far as the bullion banks, swaps and trading desks” that, at some point soon, are going to have to deliver physical gold they do not have.  Macleod explains, “I find it difficult to see how they can close it. . . . The possibility of a default and the possibility of a ‘force majeure’ is increasing all the time in this current situation.  This is a difficult thing to predict, but unless someone can show me there is a way out of this . . . I can’t see how these banks can be rescued.”

So, the only way the banks can be saved is if they can deliver tons of physical gold they likely don’t have?  Macleod says, “Which they don’t have, not likely have, they don’t have.”

Macleod thinks failure to deliver gold is coming soon where the contract will be settled in cash and not physical metal.  How many times can the gold market do this?  Macleod says, “I think it will be the end of the futures market because nobody would trust it as a means of delivering gold.  I mean it would have demonstrably failed.  So, why would you play with it again?  Of course, the failure of COMEX contracts is a very, very serious issue.”

What happens to the price of gold?  Macleod says, “The price is already on its way to infinity or, put more accurately, the dollar is on its way to zero.  The question I think you really want to know the answer to is how long will that take?  In my view, not very long.  Probably by the end of the year because we’ve got another thing happening in the background, and that is we have a banking crisis developing.  This is the natural consequence of the contraction of bank credit.  There is the effect of tariffs on top of that that turn a normal cycle of bank credit contraction into a 1929 to 1932 horror show. . . . If you have a banking collapse, then those assets values will just go down in the pan.  The next thing, of course, bond yields start rising because of the inflationary implications of a financial collapse.  At that stage, government financing becomes impossible because governments are in effect bankrupt.”

Macleod says stocks, the dollar and bonds all go down together and explains, “That is the lesson of history.  Everything just goes away.  If you destroy the currency, you destroy all the financial assets that are priced in it.  That just happens.  It just goes.”

In closing, Macleod says, “I think the problems with the currency are going to happen by the end of this year.  I think the problems of the COMEX are going to happen considerably before that.  I think they are going to be tied into a wider banking crisis.  A banking crisis is certain.  I cannot see how it can be avoided. . . . If our end point is the purchasing power of the dollar goes to zero, then you can see $1,800 for the price of gold and $19 for the price of silver is chicken crap compared to where it’s going to go.  So, this is a major, major move that is happening, not because they are buying gold and silver so much, but because people are beginning to realize what is happening to the purchasing power of the dollar, pound, euro and so on and so forth.  That is the thing to keep in mind. . . . I think the dollar will be destroyed by year end, and the price of gold and silver is infinity. . . .  I think the banking crisis could start in a month.  Look what’s happening to their balance sheets. . . . I think the collapse is likely to be so rapid that in the absence of any other information, the best thing to do is to hold on to gold and silver as an insurance policy just in case I am right.”

Join Greg Hunter of USAWatchdog.com as he goes One-on-One with Alasdair Macleod of GoldMoney.com.

Alasdair Macleod posts articles regularly on GoldMoney.com under the “research” section of the site.  Click here for a link to his latest article.