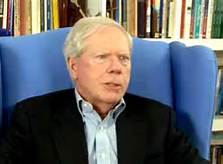 Former Assistant Treasury Secretary Dr. Paul Craig Roberts says, “The fate of the dollar is the fate of United States Power.”  Dr. Roberts goes on to say, “The whole question of the dollar’s longevity depends on the willingness of other countries to continue holding dollars and dollar denominated assets while the Federal Reserve prints a trillion dollars a year to prop up the big banks and to finance the federal budget deficit.”  There are many ways countries are currently moving away from the dollar.  One of the most startling, says Dr. Roberts, “China is accumulating very large quantities of gold.  So, this does show that the dollar may have a limited life as the supreme currency.”  With global NSA spying scandals, if the dollar starts coming under attack in the currency markets, Dr. Roberts predicts, “All of this makes it very difficult if there is a run on the dollar for the Treasury and the Federal Reserve to call up these foreign governments and say help us stop this run.”  Don’t think the Fed is ever going to stop printing money because Dr. Roberts contends, “They’re trapped because you can’t expect them to say let’s blow up the world right now so we don’t have a crisis in the dollar next year.”  Join Greg Hunter as he goes One-on-One with economist Dr. Paul Craig Roberts.