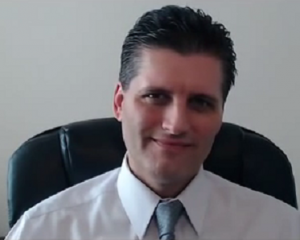 Trader/analyst Gregory Mannarino says don’t be fooled by a stock market near all-time highs. Mannarino explains, “The reason we took out the last all-time high is the speculation that the world central banks are going to continue to stimulate and suppress interest rates and go deeper into negative territory.  This is what caused this recent run-up here, but what you are not going to hear on mainstream media, and this is huge, this run-up we have seen, record high, record high, record high is on no volume.  What does that mean?  There is no conviction to this.  We have seen this before at every single market top. . . . This can only go on so long.  These stock buyback programs, these stimulus programs, at some point the medicine is going to turn to poison.  It can only go so far. . . . It’s going to be a hemlock moment. To put a timeline on this is almost impossible because world central banks have become very resourceful.  Nobody would have ever imagined the central banks would have done what they have done for so long.  They have flipped the system upside down.  They are so desperate now to keep the market propped up.”

Mannarino, who predicted the last market top 13 months ago, now predicts, “There is better than a 90% chance we have seen another top with regard to the DOW. The S&P, I am not convinced just yet, but then again, what’s going to happen with the Fed?  This is Fed week.  I think the Federal Reserve is going to walk a very fine line here.  They are determined to keep this market at or near all-time record highs because politics is playing into this.  This is an election cycle, and I think people get that right now.”

As far as what is going on with the WikiLeaks email dump that showed the Primary was rigged for Hillary Clinton, Mannarino says, “I think if these people thought about it, they would realize they have been made puppets here. It’s unfortunate, too, because this is just going to blow away just like everything else.  This is the state of affairs that we are in right now.  Nothing is real.  The politics aren’t real.  The markets aren’t real. We are existing in fantasy land. All of this, every single aspect of it is going to correct at one point.  Whether it is a distortion in politics, whether it’s distortions in this market, no matter what it is, at one point, there is going to be a return to the norm or to the mean.  We are so far away from that right now in every single thing you want to look at.  It’s not just in the markets.  It’s everything connected to everything else. . . . We are in the collapse or the correction to fair value.  Everything now we are seeing, strife around the world, strife right here in the United States with people uprising, it’s all part of the mechanism that is playing out right now.  It is just a matter of time where there is going to be a rapid fix back to the norm.”

Mannarino, also, is very concerned about global banking and contends, “I think bail-ins are coming big time. It’s just a matter of time.  If they have to take peoples’ money to keep the system propped up, they will do it.”  You can fine free analysis and information on TradersChoice.net.