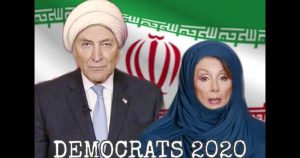 On the surface, everything looks to be going swimmingly for the U.S. economy. The rest of the world may not be doing as well as the U.S., but according to the legacy financial media, there is no real trouble being reported. Below the surface, warning signs abound that the economy is in trouble now. One of the biggest warning signs is coming from the repo market that provides lending to financial institutions. Since mid-September, the Fed has been getting increasingly involved with providing funding as the banks that provided it in the past simply do not trust the other banks.

On Friday, the Fed pumped an eye popping $258.9 billion into the repo market. We find out now the Fed’s balance sheet has abruptly reversed, and added $500 billion in the last three months of 2019. Other reporting from the Fed’s own records reveals loans that amount to “roughly $215 billion per day flowing into the trading houses on Wall Street. . .”

This is far from normal. The Fed intervention has now established a “permanent” repo facility. What gives? Why is the Fed panicked into pumping billions per day into the repo market with no end in sight? This Fed action is warning of dire financial risks. One thing is for sure, if the economy was as good as being reported, there would be no need for this kind of Fed action. How long can this go on for? Are we close to another 2008 financial meltdown moment? What could trigger the next crisis?  Is the Fed really fighting off a financial extinction event for the masses? These are all good questions that will be answered sooner than later. What people should do is look for ways to reduce risk and exposure in the markets, but for the most part, it seems people are ignoring the financial warning signs.

Join Greg Hunter as he talks about the financial signs warning that trouble is ahead.

Thank you for your support. Greg Hunter will start to resume a normal schedule next week and will bring back the Weekly News Wrap-Up.