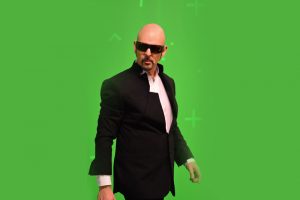 International best-selling author, journalist and counter-intelligence expert Daniel Estulin says the world is involved in a “winner-take-all battle” in a dying global financial system. Estulin explains, “What you are seeing right now globally is not a fight between the liberals and conservatives or the Republicans and Democrats or the socialists and capitalists. What we are seeing right now is the collapse of the Bretton Woods economic model. Donald Trump is simply the consequence of this global collapse. . . . What Donald Trump represents is a change of order. . . . Both parties, not only in the United States, Canada, Europe and globally, they represent the same liberal, financier, Wall Street, parasitic order. . . . Today’s liberalism is control of society by the banking elite.”

Estulin goes on to say, “People say Trump is insane. He is not insane. All of these leaders globally, and it doesn’t matter if they are liberals, conservatives, socialists, Democrats or Republicans, it doesn’t matter, all of them globally in the western world represent liberal banking, financier order. Trump is having as much trouble as he is because he is surrounded by traitors. His enemies are Wall Street, Washington’s bureaucracy, the intelligence agencies, Hollywood, Silicon Valley, the Rockefeller crowd, the Soros crowd and the mainstream media . . . big think tanks, ratings agencies and all of these organizations have been part of this liberal banking order and, not only in the United States, but globally. Trump’s job as an alternative isolationist industrial group is to dismantle this.”

In closing, Estulin contends, “First thing you’ve got to understand is you’ve got to back Trump. Trump is not a person. I am not a card carrying Republican. People have to understand that our only way out of this is to make sure Donald Trump actually stays President of the United States because the entire welfare of Russia and everywhere else depends on the non-liberal crowd winning. The second point I want to make is make sure you have physical gold and silver.”

Join Greg Hunter as he goes One-on-One with best-selling author Daniel Estulin to talk about his latest book “In the Shadows of a Presidency.” 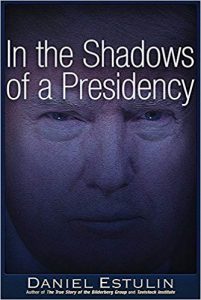 To learn more about Daniel Estulin, go to DanielEstulin.com. If you want to get a copy of Estulin’s latest book “In the Shadows of a Presidency,” click here.