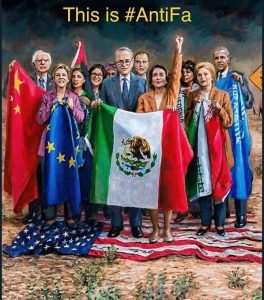 According to outspoken conservative Candace Owens, the current violent nationwide protests based on “racially motivated police brutality is a myth.”  Owens contends the death of George Floyd at the hands of the police has created a “martyr for a fake narrative.”  Owens started the so-called “Blexit” movement to shift black voters away from the Democrat party.  (Click here to watch Candace Owens’ riveting rant on the “fake narrative” she says the current protests and riots are based on.)

Yet another fake study has been exposed.  This time the prestigious Lancet Medical Journal admitted it used “bogus data” to trash hydroxychloroquine (HCQ).  The Lancet retracted its entire report that the MSM was using to discredit President Trump for taking HCQ and proposing people to use it to treat Covid 19.  Shame on them for discrediting a lifesaving drug in the Covid pandemic.

Think the surging stock market is a sign that everything is getting back to normal?  You would be dead wrong.  Many say money printing by global central banks is artificially driving the markets higher in the face of terrible economic news.  The markets and reality are totally disconnected.

Economist John Williams, founder of ShadowStats.com, will be the guest for the Early Sunday Release.