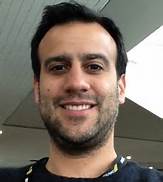 Former Wall Street analyst Michael Krieger says the key to predicting this market is to watch interest rates. Krieger explains, “Do I think that there is going to be a huge U.S. currency devaluation next month?  No I don’t, but on the flip side, there is going to be some sort of financial calamity.  What I am looking at personally is interest rates.  I’m 38 years old.  My entire life, basically, we’ve been in a downtrend on sovereign yields.  So, it’s basically been this 40 year bond bull market.  It’s a secular bull market my entire life.  When that reverses and interest rates start to rise, and it’s probably not going to be because the Fed is raising rates, when rates naturally stop going down, and they start going up, that’s going to be a financial extinction level event. That’s going to be the most important event in all of our lives because it’s going to be the end of a 40 year bond bull.  If you think about all the things going on, all of the rigging, the student loan bubbles, the auto loans, the housing loans and everything, everything is sustained by these extremely low interest rates.  If we are at the beginning of a secular bear market in bonds and interest rates are going to be going up with higher highs over the next ten years, what do you think that’s going to do to everything?  Everything that’s been rigged, everything that’s been inflated, none of that is going to be sustainable anymore.  I don’t know when that day will come.  I expect it will come in the next four years.  What I do know is it’s going to be extremely ugly when it arrives.  That’s why I think the next thing after that will be global conflict because all of these countries that have been sustaining themselves with these fake economies, all these chickens will come home to roost.  So, I look at the bonds.  For this to be a disaster, it will have to be an uncontrollable disaster, and it will be sparked by rising interest rates in the bond market.”

In the meantime, Krieger thinks stopping the Trans Pacific Partnership (TPP) is the top priority for all freedom loving Americans. Krieger contends, “I think that stopping the TPP in the near term is probably the most important thing that we could do as American citizens at this point.  Obama is not even being coy about it.  He’s out there saying I’m going to push this after the election in the lame duck session when he knows certain Congress people won’t care.  They can do all sorts of treasonous things.  They can be easily bribed.  They know they can get offers of millions of dollars a year if they get kicked out. . . . This is an enormous betrayal by Obama.  It will be his final betrayal, but he’s going to try to do it. . . . The TPP basically allows all these corporate raiders to abuse countries, and the countries can’t do anything about it.  It’s just a way to further loot and pillage the globe.  In the U.S., you have been seeing corporate criminals that don’t have to follow the law.  The can do whatever they want.  The TPP expands that on a global basis.  The TPP is just going to further erode the rule of law and further entrench the corrupt oligarchy.”

In closing, Krieger says, “No matter who wins, Trump or Clinton, I think the next four years are going to be the worst in American history, and perhaps, a few more after that.”

Join Greg Hunter as he goes One-on-One with Michael Krieger, founder of LibertyBlitzkrieg.com.

Michael Krieger is a prolific writer, and you can follow his work for free on LibertyBlitzkrieg.com