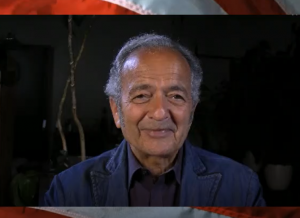 Gerald Celente, a top trends researcher and Publisher of The Trends Journal, predicted in September that the massive cheating campaign by Democrats will not work. Celente said, “Trump will use the power of the Presidency to extend this thing as much as he can, proving fraud and not leaving because of that. Now, Celente has a few new predictions. Celente contends, “Young people are not going to come out to vote for Joe Biden. . . .You can see this at his campaign rallies because nobody is showing up. The young just don’t have the enthusiasm for Joe.”

Because of non-existent young voter turnout, Celente also predicts, “There is not one word in the New York Times in the last few days about Hunter Biden’s dirty deals—not one. So, the media has skewed this, and it is so anti-Trump and some polls are showing it. Despite the polls . . . I am calling Trump the Winner. I believe he’s going to win in the Electoral College vote. I believe he’s going to win places like Philadelphia, Michigan, Ohio, Florida, Wisconsin and he’s going to beat Biden. The other reason being, the people that are voting for Biden, it’s not like they love the guy. They hate Trump. So, that means you are not going to get out the strong force of people that would go out and vote, like the young people. They’re not going to vote for old Joe. The debates make a bit of a difference, but not a big one.”

Celente says the biggest issue is the lockdowns. Biden wants to stay locked down, and Trump wants to “open the economy.” Opening the economy is going to be the winning position, especially among young voters. Celente says, “Lives are being destroyed by the lockdowns. . . . Trump has to get out the rural vote big, and he’s going to do that because they don’t want to be locked down. It’s the urbanites that buy the fear. The other people don’t. Trump didn’t get out a lot of votes in 2016 in the swing states. It’s just that they hated Hillary so much. So, he has a very big chance. Our Trends Journal cover says “Lock It Down or Open It Up.” Celente says the “Open Up” camp is the vast majority in 2020.

Celente says, “It’s not just here, but it’s around the world. This is unprecedented in world history. They locked down Paris again. . . . Ireland is on full lockdown again. . . . I estimate 38% are opposed to this lockdown, and that is the core vote. The other ones do as they are told. They are not fighters. You have about 38% that are the fighters, and they are going to vote very strongly. This is why I believe Trump is going to win. ‘It’s the economy, stupid’ was the line they used in the 1992 Presidential race. That was the Clinton campaign slogan . . . and ‘it’s the economy, stupid’– again.”

Celente also warns that people should brace themselves for the “Greatest Depression.”

Join Greg Hunter of USAWatchdog.com as he goes One-on-One with the Publisher of The Trends Journal, Gerald Celente.