Home
»
Market Analysis
»
We Are Heading for a Depression – Charles Nenner 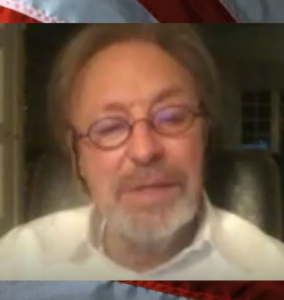 Renowned geopolitical and financial cycle expert Charles Nenner told his clients back in January 2020, “It was time to sell . . . . I am afraid they can lose 40% to the downside.” Well, we are more than halfway there, and Nenner warns it’s going to go lower—much lower. Nenner says, “You know it was all over the media, and they were always laughing at me that my long term target is 5,000 for the DOW Jones. They ask me how are we going to get there, and I say I don’t know. Now, this thing with the virus, there is no business anymore because the United States has stopped flights with Europe. So, maybe we can see how we get there.”

Another way the markets can crash is a full blown banking crisis that is brewing in Europe. At the center is Deutsche Bank (DB), which the IMF called the “most systemically dangerous bank” in the world back in 2016. Nenner predicted on USAWatchdog.com that if DB stock crashed through a $6.44 price target, it could go to $0. DB closed Thursday at $5.53, down 15% in one day. Nenner says, “I have real estate I want to sell because in Amsterdam, it’s going through the roof. I decided not to do it because I don’t trust the banking system. For years, we have talked about Deutsche Bank, and I said if it goes below $6.50, it could go into bankruptcy. Now it’s $5.50. They are interconnected to most European banks. So, something is really cooking over there, and I don’t really trust the banks. That’s why I am not selling my real estate. . . . I don’t trust the banks anymore.”

Nenner says he is forecasting a banking crisis, and the tip of the iceberg is Deutsche Bank. Nenner says, “They are interconnected to all the other banks in Europe. I don’t know how the other banks can survive if this bank gets into trouble.”

Does it get worse before it gets better? Nenner says, “I think we are heading for a depression. Usually we go into a recession at a 6% GDP. Now, we have 1.5% to 2% GDP. Usually, the Fed Funds are 6%, 7% or 8%. Now, they are almost zero. What are they going to do when we get a recession? You get very fast a negative GDP. You get very fast a negative interest rate, and it’s a big mess. This has been going on for many, many nice years, and all the Fed Presidents had tricks and let it go. They did not want to have a depression in their lifetime like the 1930’s. So, they kept it going, and now there is no way out anymore.”

So, there is no avoiding a depression? Nenner says, “Yep, and it is going to be very bad.”

Nenner is also bullish on gold and silver because there is “no other place for investors to hide.”