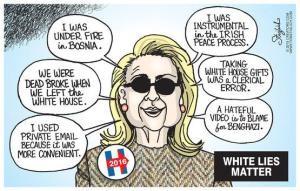 There is some good news concerning the ongoing war in Yemen.  Iran cargo ships, possibly carrying arms and supplies, have turned around and are headed back to Iran.  Was it because of the USS Theodore Roosevelt carrier group?  You can bet on it.  I was worried that this would turn into a major international incident.  Why Yemen and other hot spots are not part of the Iran nuclear negotiations is beyond me.  Yemen sits on the southern border of Saudi Arabia and next to a major oil choke point leading into the Suez Canal.  Now, the bad news, the battle over Yemen that involves Saudi Arabia, Al-Qaeda and the Houthi Iran backed rebels is far from over.  The Saudis are continuing a bombing campaign after a brief halt to it.  It is only a matter of time until their troops invade to restore order, and that is not going to be quick or easy.  If the Saudis are not successful in getting control of the chaos that is now Yemen, the royal family could be knocked out of power.  If or when that happens, you could kiss the U.S. dollar goodbye, as reserve currency and the value of the dollar would plummet.  The world would go into an economic meltdown.  This is why the U.S. sent a carrier group to Yemen and why the stakes are so high.  This story is far from over.  Even though there is talk of a political negotiation, the sides are a long way from sitting down to talk peace.

There is a new book called “Clinton Cash” that is alleging bribes paid to Hillary Clinton’s so-called charity when she was Secretary of State.  In one deal alone, $145 million came into her foundation by foreign donors, and that allegedly paved the way for Russia to buy a large piece of U.S. uranium production.  The Clintons say none of the allegations are true, and it is just a partisan attack.  That is hard to believe when news organizations, such as the New York Times and the Washington Post, are doing stories.  The Clinton Foundation is also refiling at least five years of tax returns because of errors and omissions, according to published reports.  Legal expert Andrew Napolitano said the Obama Justice Department has indicted Senator Bob Menendez on much weaker evidence and violations.  Some Clinton backers say that by next year, all this will be old news.  I say it took Woodward and Bernstein a couple of years to fully uncover Watergate in the Nixon Administration.  This is not going to go away, and the FBI may be forced to investigate.  None of this is good for President Obama’s legacy, and I am sure it is not going to make him happy.  As one book title states, there is a well-documented “Blood Feud” between the Clintons and the Obamas.  Might the President be forced to instruct his brand new Attorney General, Loretta Lynch, to investigate the Clintons so he can save face?  This is a huge story, with a lot more shoes to fall.  I predict, at some point, it will be the Democrats that walk into Hillary’s office and ask her to step back.  That is exactly what happened to Richard Nixon, whom Hillary Clinton helped to take down.  You could call this Karma, or what comes around goes around.

Remember the “Flash Crash” five years ago, when 600 points got erased from the Dow in just a few minutes?  At the time, there were stories about how somebody’s “fat finger” caused the crash.  Now, we find out that it was a lone guy in London trading stocks in his underwear that caused the carnage.   That is simply preposterous.  A story in Zero Hedge says the trader that was arrested and charged is nothing more than a patsy.  Authorities took him down because he was going to expose the fraud that is high frequency trading, or market manipulation, according to ZeroHedge.com.  Front running trades is illegal, but not when you use a high frequency trading program that can make thousands of trades per second.  My friend, Gregory Mannarino of TradersChoice.net, says this is not the work of just one guy.  Mannarino says if you want to find out what’s really going on, all you have to do is go back and find out who made big money in this move.  Of course, the mainstream media is all over this story, but it ignores how the CME Group gives volume discounts to central banks.  Yes, entities that can print unlimited amounts of money would never manipulate the currency, precious metals or commodities markets, all of which are under the CME umbrella.  The so-called flash crash trades were also made through the CME Group.  What a coincidence.