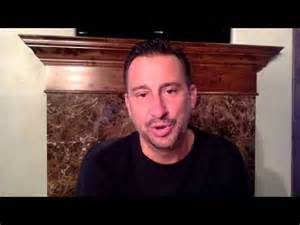 Financial writer and precious metals expert Craig Hemke contends there is no mystery why the dollar is going down in value. Hemke explains, “You’ve got the Fed wanting a lower dollar. You’ve got the President of the United States wanting a lower dollar and, lo and behold, the dollar is going down.  It was a year ago, about this time, when the predominate story was “king dollar.”  The dollar was going to soar and all this kind of jazz.  Last year (2017), it looked like it was breaking out, and it got to 103 (on the USDX).  Instead, it fell by 10% and, so far this year, it’s already down about 3%, and here we are just in early February.  It’s not straight down.  It’s probably not going to plunge in 2018 as fast as it rose in 2014, but anyone can take a look at a chart and see it’s going down.  This has significant implications for this year and going into next year.  If it was disinflation on the way up, it will be inflation on the way down.”Hemke thinks commodities are undervalued and cheap relative to stocks, which just had the biggest one day sell-off in years. Hemke contends, “$15 trillion worth of QE has been applied, $15 trillion worth of currency created in the last 8 years. . . . So, there are trillions and trillions of dollars that are sloshing around the planet, and when they all head in one direction, you get things like Bitcoin.  If all of this money starts to head into commodities due to a falling dollar and recognition of inflation, commodities are going up, as is crude, as is silver.  I think it would be wise of people to position themselves ahead of it. . . . The commodities sector will rebound on the sinking dollar.”

Hemke says the dollar is not just facing technical forces of devaluation, but it also faces some political risk. The dollar is basically a confidence game, and if people lose confidence in the U.S., the dollar can take a sharp beating.  Hemke says, “This is something we are going to be talking about all year.  I call it the three major themes for 2018. . . . Political risk. . . . Geopolitical risk . . . and de-dollarization.  You can see how these pieces fit together. . . . This could get more disorderly than it was in 2008. . . . The point of this forecast is not to sit here and say gold is going back to $1,900 (per ounce) by this time next year and then going to $5,000.  What I am trying to say is people need to recognize an opportunity when it presents itself.    We have had to sit and put up with this garbage for the last five years with prices getting continually pounded, rallying and then getting beaten back.  Now, you can see on the chart, and not just gold, it’s silver, it’s crude oil, it’s copper and all these other commodities . . . There is an opportunity here for people who want to take advantage of it.”

Join Greg Hunter as he goes One-on-One with Craig Hemke of TFMetalsReport.com.