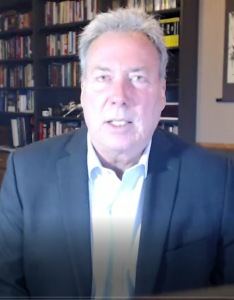 Precious metals expert David Morgan thinks the price suppression game in physical gold and silver is showing signs of fatigue, especially in the gold price. Just last week, a billion dollars of gold (paper contracts) was reportedly dumped on the market in about a minute. The price went down less than $10 per ounce and, shortly afterwards, bounced back up. Morgan explains, “They are running out of ammunition as far as I can tell, which means when they do these massive sell-offs, they are being less and less effective. They have to use more and more power to get less and less result. This is why I am saying they are running out of ammunition. They have to do a fair amount of work to get the price down, and then it bounces right back. It shows you the resilience in the gold market. They can’t push it down, but they are not going to let it rise either because of this pricing mechanism to say dollar good, gold bad.”

Morgan says the silver price in the $14 per ounce range and gold around $1,200 per ounce is about mining cost for both metals. Morgan says, “This tells me you can’t get it much lower for very long. . . . Central banks are buying gold not because it is in the monetary system, but because of fear–fear of what is going to happen to the U.S. dollar. That is a fundamental fact. Where are we technically? I’d say we are near a bottom right now (in both metals). Gold is now making a higher low, and silver is also making a higher low. . . . I think by the end of the year that we will be certain that this is the low.”

There is another very big reason to own physical gold and silver, and that is the possibility the Deep State and the Globalists will crash the financial markets. This is not a farfetched concept as President Trump has declared a “national emergency” to “protect the financial system” in a December 2017 Executive Order. Morgan thinks, “If you look at the potential reaction by the Deep State, these people do not lose gracefully. . . . These people will stop at absolutely nothing. So, you have to factor that into your thinking, which means they could certainly take down the financial system because they are losing the game. In other words, turn over the card table, that’s what the metal is for. . . . You’ve got to outthink these people. You’ve got to be two or three moves ahead. So, if they are going to turn over the table, you have to be prepared before they turn over the table and what to do after they turn over the table. So, we are in a ‘state of emergency’. . . . Listen, we need a reset. We need a new monetary system, and we need money working different than it’s working now. If we have a reset and the bankers stay on top again, regardless of how they do it, we’ve really gained nothing.”