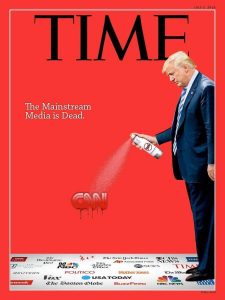 President Trump will be picking another Supreme Court Judge because Anthony Kennedy is retiring soon. Trump will be picking from a list of about 20 people he compiled while running for President. Trump says he has added five names to the list. The Democrats say they will stop Trump’s pick for the highest court, but then again, they said Hillary Clinton would win by a landslide too.

Anyone who thinks the recent Inspector General (IG) report is a so-called nothing burger is a partisan Democrat, a liar or both. Contained in the recent report are revelations about the Anthony Weiner laptop. Weiner is a convicted sex offender and the husband of Hillary Clinton’s top aid, Huma Abedin. In the IG report, FBI agents revealed “crime against children” connected to “Hillary Clinton and (the Clinton) Foundation.” The FBI knew about this and did nothing.

Deutsche Bank (DB) is looking like it is in a downward spiral. The Federal Reserve reported this week that DB failed a stress test. DB stock is hitting one all-time low after another and is currently hovering around $10.50 a share. It has already lost more than 40% of its value this year alone. Many are wondering if DB could take down the financial system the way Lehman Brothers did when it failed in 2008. DB is orders of magnitude bigger than Lehman.

(This report will look at President Trump’s SCOTUS pick, more bombshells in the IG Report concerning the Clintons and a look at the ever more dangerous financial system.)

Analyst Rob Kirby will come on and talk about the shaky financial system and the raging trade war you have not heard about in the Early Sunday Release.

Below are links to material I used for this report.

Update:  Looks like the DOJ took down the page containing the Joel Davis indictment but here is one of many stories on his alleged crimes against children.

Click here for the IG report on the FBI/DOJ Clinton email investigation.