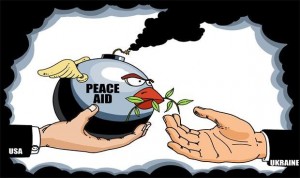 Everywhere you look in the Middle East, there are “wars and rumors of wars.”  Let’s start with the Islamic State in Iraq and Syria.  The President says he’s ready to fight the Islamic State, and they are “losing.” In fact, they are continuing to take territory in Iraq and Syria.  President Obama is asking Congress for military authority, but in reality, the President’s proposal to defeat ISIS has restrictions, and he does not want to use ground troops.  What is different about this request?  Isn’t this what he is already doing?  So, is he just going to keep up the bombing campaign that may be slowing down ISIS, but it is not defeating them?  Republicans and Democrats alike think the plan is fuzzy.  Some say he is not taking the Islamic threat seriously, especially when his own administration thinks “climate change” is a bigger threat.

Yemen is in total chaos and the U.S. embassy has been evacuated.  This was supposed to be an example of a successful anti-terror policy, and now–poof.  It is gone, and chants of “Death to America” are being heard across the country.  According to the U.N., it is descending into civil war.  Both Iran and Al-Qaeda have taken over this country on the southern border of Saudi Arabia.  If Saudi Arabia is destabilized and the royal family is overthrown, you can kiss cheap gasoline prices goodbye right along with the petrodollar.

There is increasing possibility of war in the southern Syrian border with Israel.  Tensions have spiked ever since the Israelis killed the son of a Hezbollah leader and an Iranian general last month.  Now, it appears that both sides are setting up to do battle.  This alone may kick off a much wider Middle East war.

Then, there is the Iran nuclear program and U.S. effort to curtail it.  According to U.S. News and World Reports, Ayatollah Ali Khamenei, Iran’s Supreme Leader, says he now does not want to sign a so-called “political framework agreement.” The Obama Administration says this is the basic language that will pave the way for a deal to curtail Iran’s program. Now, they don’t even have a starting point, and “World Report” says this is “Bad Faith on display” and has written an in-depth article to back up their charge that Iran is not really negotiating and is “just stalling.” This development is happening just a few weeks before Prime Minister of Israel Benjamin Netanyahu is set to address Congress on not cutting a “bad and dangerous agreement” with Iran.  It appears there is not going to be any agreement, at least, not anytime soon.  In short, the entire Middle East is a powder keg looking for a match.

In Ukraine, there seems to be yet another cease fire and peace deal.  There have been several; and so far, every single one of them has ended in more war and violence.  The U.S. is threatening to send lethal aid to Ukraine, but France and Germany have put all that on hold for the time being with this new peace deal.  I think this is far from over, and this is just a pit stop on the road to a wider war.

Meanwhile, in Greece, there is a total stalemate between the newly elected government and the European Union.  Greece does not want to pay back all this money, and the EU does not want to let them off the hook.  The Germans do not want to give them any more money.  Nigel Farage, who is the UK representative in the EU Parliament, says either elections matter in the European States or they do not.  If they matter, then Greece should be allowed to default and exit.  If they don’t, then how are they going to force the Greek people to pay back this money?  Some say there is not going to be much of a problem if Greece defaults and exits the EU, but others say there are plenty of wild cards, and it could bring on the next global financial meltdown.  Keep an eye on Greece.

Closer to home, it looks like President Obama’s unconstitutional action is going to pay big benefits to the 5 million people the President just legalized with his pen.  They are also going to get tax refunds, even if they don’t pay taxes.  And get this, they may even get to vote in elections because they will be granted drivers licenses and social security numbers.  Of course, expanding Democratic voters is really the point.  Obama’s policies are so bad, they have to bring in new desperate voters to vote for bad policies.  It sure looks like giving tax refunds to people who don’t pay taxes is paying for votes–but that’s just my take.